We are letting the tech giants win, says Kyle Rankin 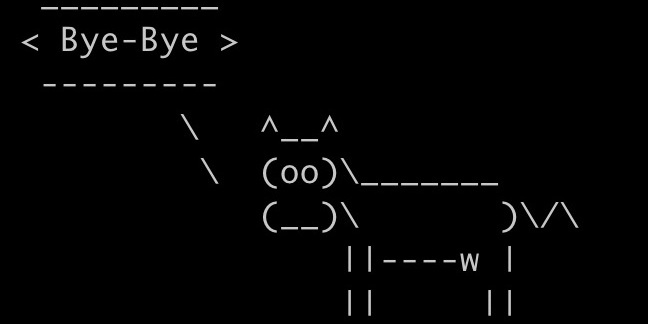 Linux Journal has closed with "no operating funds to continue in any capacity", according to a notice on its site.

First published in March 1994, Linux Journal was founded by Phil Hughes and Bob Young, the latter being the co-founder of Red Hat. The first issue, which you can read online, includes an article by Linus Torvalds where he talks about the imminent release of Linux 1.0, remarking that "1.0 has little 'real meaning', as far as development goes, but should be taken as an indication that it can be used for real work".

Linux took off, and Linux Journal grew with it as a highly technical publication for enthusiasts and professionals. That said, the impact of the internet on print media meant that in August 2011 the magazine was forced to abandon print and look for digital subscribers. "The lack of a newsstand presence meant we lost one of our main avenues for attracting new readers to the magazine," wrote editor Kyle Rankin in a reflection on the mag's history earlier this year.

In December 2017, Rankin announced the journal's closure, but was rescued by London Trust Media, a VPN service provider, which worked out a plan to make the publication viable. "Things were starting to look very promising," wrote Rankin, but "when we found out we needed to walk on our own strength, we simply couldn't."

FOSS advocates in many circumstances don't use Linux themselves, and they often make presentations on the benefits of FOSS from proprietary laptops running Windows or macOS

The website will stay up "for the next few weeks" and there are hopes to preserve the content archive.

Linux is more successful than ever, and even Microsoft is adopting it to some extent, making a Linux VM an integral part of Windows 10, porting SQL Server to the operating system, and making Linux hosting a key part of its Azure cloud. That sounds like a big win for FOSS (free and open-source software), but Rankin said this is not really the case.

The golden age of FOSS, Rankin argued, was around 2007 when Linux was mainstream in corporate IT and developers worked with it directly. Today, he says:

Linux and FOSS are more hidden than ever. So many of those FOSS projects on GitHub ultimately are used as building blocks for proprietary software. So many companies that seem to champion FOSS by helping upstream projects they rely on also choose to keep the projects they write themselves proprietary. Although Linux dominates the cloud, more and more developers and system administrators who use the cloud do so via proprietary APIs and proprietary services.

The same is true on mobile devices, which are dominated by proprietary software even though Android is based on Linux.

The FOSS community has also changed, said Rankin. "FOSS advocates in many circumstances don't use Linux themselves, and they often make presentations on the benefits of FOSS from proprietary laptops running Windows or macOS. Many if not most web application developers write their web applications intended for Linux from Windows or macOS environments, and if they use Linux at all, it's within a VM."

Rankin fears that "if current trends continue, we could be back to a world of proprietary software, vendor lock-in and closed protocols like the world before 1994."

On a related theme, open-source advocate Eric Raymond wrote on the Linux Journal site about the problem of critical internet services being dependent on unpaid volunteers "because they can't be monetized and thus don't have any revenue stream for the maintainers to live on".

Use Tor or 'extremist' Tails Linux? Congrats, you're on an NSA list

The big corporations will always step in to fix things, but to Raymond that is part of the problem. "Wouldn't you like to have an internet that's less beholden to the mercy of large corporations and governments?"

There are other Linux magazines, even some still in print, so it is possible to make it work. It is true, though, that Linux is largely hidden, thanks to the era of Linux on the desktop never quite arriving. Even on a Chrome OS device, which is based on the Linux kernel, users mostly interact with either web or Android applications. This limits interest in Linux compared to Windows, macOS, iOS or Android.

Another factor is that the FOSS ecosystem, by its nature, has a smaller number of advertisers than is true for proprietary software.

Twenty-five years is not a bad run, but Linux Journal will be missed. ®