Samsung surprised nobody by unveiling a pair of eye-wateringly expensive smartphones – the Galaxy Note 10 and Note 10+ – while talking up best buddy Microsoft at an event last night in New York City.

To be fair, the previous Galaxy Note9 was a decent, if pricey, bit of kit and the hulking Note 10 has continued that trend both in terms of tech and the cash Samsung expects you to cough up for the thing. 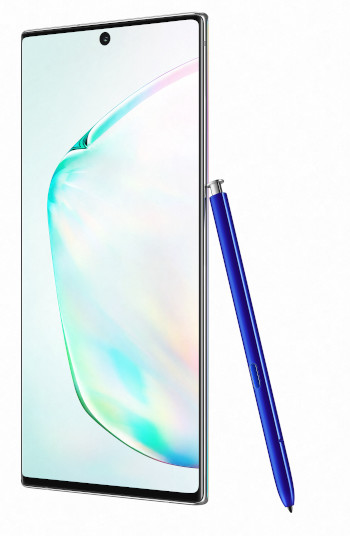 Let's get the bad out of the way first. There is no headphone jack – it's USB-C or Bluetooth from now on. And Samsung will expect you to part with £869 for the Note 10 or £999 for the Note 10+. Another £100 on the price of the Note 10+ will get you the 5G that manufacturers are desperately hoping will kick-start the moribund smartphone market.

It's a gutsy move as consumers shy away from contracts and realise just how much these things now cost. However, the Galaxy Note 10 with its S Pen is something that will appeal to enterprises, particularly in light of just how closely Samsung and Microsoft are working together these days. 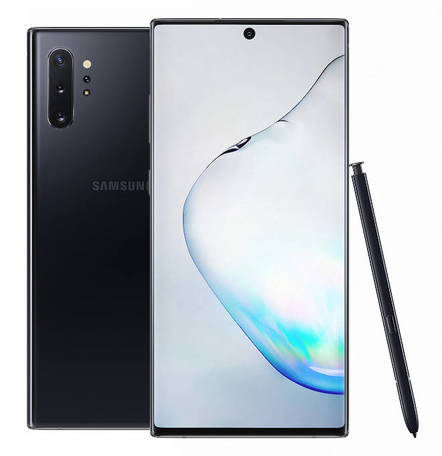 The cameras have enjoyed a bump, the Note 10 having three snappers for wide-angle and telephoto action, and the Note 10+ adding a fourth DepthVision camera. There's up to 12GB of RAM and the Note 10+ will go up to 512GB and still include a microSD slot capable of accepting 1TB. The CPU is a beefy Snapdragon 855, backed up by a 3,500mAh battery for the Note 10 and 4,300mAh for the Note 10+

It's undoubtedly a good phone, although not altogether surprising following the Galaxy S10, but there is little in the way of the innovation the flagging market needs.

Unless one counts the frankly odd ability to wave the handy S Pen around like some sort of lightsaber thanks to the addition of "Air actions". Samsung does like a gimmick or two.

Microsoft to the rescue?

To emphasise the device's productivity chops, Microsoft CEO Satya Nadella was wheeled on stage to show off all the ways the Windows giant was working with Samsung. Microsoft has, of course, invested heavily in the Android world as it winds down its own mobile platform.

A link to the Your Phone app of "our good friends at Microsoft" featured on the Note and the gang promised that as well as the familiar messaging, notifications and Phone Screen, it would also be possible to make and receive calls on the phone using a PC "later this year".

The Outlook app has also seen some tweaks to take advantage of the S Pen, but the time allocated to Microsoft during Samsung's big event indicated the importance of the relationship. The Note 10 and Note 10+ are already available for pre-order in the Microsoft store, replete with all Microsoft's apps installed. Shipments are due to kick off on 23 August.

Strangely, no mention was made of the ATIV S Windows Phone. Hopefully, Samsung's memory is long enough that it remembers what happens to "partners" when Microsoft gets bored of something.

To round things off, Samsung's handy DeX functionality has had a substantial update. A dedicated monitor for the thing is no longer needed – a window showing the DeX desktop will appear on a Mac or PC replete with apps (including those of best pal Microsoft) and the ability to drag and drop files to and from it.

It's a neat touch that could transform what is a bit of a curiosity into something that would be rather useful for laptop warriors. 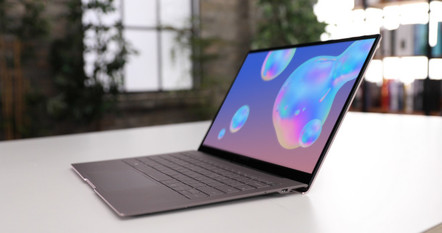 While the phones were all well and good, it was the arrival of the Galaxy Book S that almost upstaged things, representing another throw of the dice at making Windows usable on Arm.

Previous attempts have been a little... sluggish. However, the Qualcomm Snapdragon 8cx powering Samsung's latest and greatest lightweight bodes well for performance, even if the disappointing (and not upgradeable) 8GB of RAM is less appealing.

The machine weighs in at 0.96 kg and is a paltry 11.8mm thick. A 13.3" touchscreen and Windows Hello fingerprint reader round things out, but it is the Qualcomm chippery that will raise an eyebrow or two. As well as being Always Connected, Samsung reckons that the lightweight machine should last 23 hours before needing a charge.

The audience seemed a little unsure about that and required a lead from the stage for applause. After all, there have been many bold claims about Windows on Arm over the years.

And, of course, there is the price. Expect to part with $999 for one when it goes on sale in September. The dream of inexpensive Windows on Arm laptops seems as far away as ever.

Still, unlike the Note 10, at least it still has a headphone jack. ®