Pokémon Red and Blue-era trading cards just made their owner a load of green: Complete set sells at auction for $107k

A Charmeleonaire, if Mew will 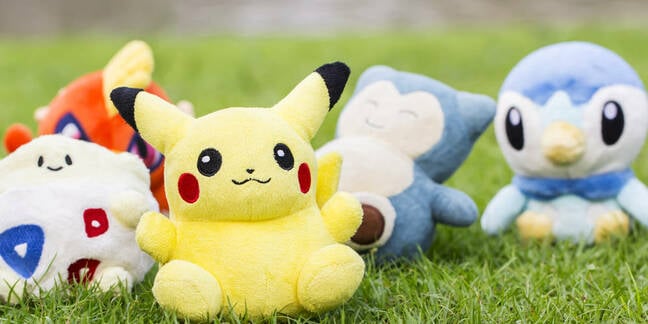 Gross, some non-original Pokémon mixed in here with Pikachu and Snorlax

Folks: great news. If you get your first-edition Pokémon trading card collection down from the loft, you may as well tell the boss you're not coming in again.

You did properly pack them away in a binder, right? What am I asking, of course you did. You didn't? Crap. Ditto. Maybe stop reading now, in that case – or get Mum on the blower and see if she can't do a little Seaking on your behalf.

Oof, that was a Gastly attempt. Apologies.

It might sound Farfetch'd, but the listing on Goldin Auctions suggests this is no Clefable.

The collection includes the hallowed shiny Charizard – which can sell for up to $20,000 on its tod. Readers in their 30s will no doubt recall that every street had at least one kid who claimed to own one, but we never saw it.

The critters featured in the first edition of the trading card game are among the same 150 that made the Nintendo Game Boy titles Pokémon Red and Blue such smash hits with the tagline "Gotta catch 'em all". The monsters could be caught in the wild then trained to fight each other.

It was all rather barbaric, really, but the franchise continues to be massively popular with several more generations of Nintendo games and the augmented-reality smartphone sensation Pokémon Go.

Each card was rated as "GEM-MT 10" – or "Gem Mint" – by the Professional Sports Authenticator and their condition proved super effective as bidding started at $25,000, receiving only 12 before closing on Saturday.

The auction house put the high price down to the nostalgia factor:

For many millennials, the original 1999 Pokémon video/card games remain a staple of their childhood, providing what seems like a lost art in a nostalgic feeling. With kids a like trading cards at the lunch table, or virtually via Game Boy's connect cable, it was apparent from the beginning that Pokémon is not only special, but part of a generation. For a generation such as the Millennials it signals the end of the tangible toy age and the beginning of the virtual age as no other item became as popular or as connective as Pokémon in years following.

But it's not all doom and Gloom for you Slowpoke millennials sitting on a Golduck goldmine. The sale isn't entirely Onixpected as the auction house noted that "a similar-conditioned complete set of these (all in PSA GEM MT 10!) sold for nearly $100,000 in Goldin Auctions' December 2017 Holiday sale".

Phew, we're all Poképunned out now, starting to get Drowzee. Don't want to Raichu much. ®