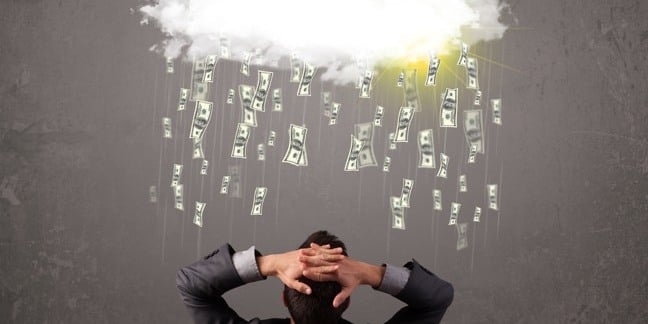 Alibaba, China's nearest equivalent to Amazon, is weathering the "uncertain economic" landscape caused in part by the "trade war" between the US and Middle Kingdom governments.

The group reported Q1 revenues of ¥114.924bn ($16.751bn) for the three months to 30 June fiscal '20, up a whopping 42 per cent year-on-year. There was an upward swing recorded across all of its divisions, though the online retail, food delivery services and cloud services were the big growth drivers.

The relatively affluent middle class in China, 300 million people living in large cities, continues to be one of the "big secular" trends that Alibaba has tapped into, said exec chairman Joe Tsai on an earnings call.

"We have talked about the desire by these consumers to upgrade the quality of product they buy, especially the pursuit of brand and imported goods," he added.

Clearly Apple might have something to say about that, having watched its iPhone sales drop by double digits in the first half of its year. But that's another story.

Tsai also spoke of the "rise of urbanisation" happening in third, fourth and fifth-tier cities in China, with roughly 500 million people in these locales with a consumption economy of $2.3 trillion that is forecast to rocket to $7 trillion by the end of 2030. Chinese companies tend to plan for the longer term rather than being driven by the whims of Wall Street.

Alibaba had 674 million active monthly users in its Core unit, up 20 million on the prior quarter.

Cloud Computing remains a fraction of the retail operation but is growing fast, up 66 per cent year-on-year to ¥7.787bn ($1.105bn). This was based on "an increase in average revenue per customer," said Alibaba CEO Daniel Zhang.

Zhang said the work is to boost "high-valued added service while rationalising... commodity products". He added that it is still beefing up investment in "talent and technology infrastructure".

Alibaba has 52 availability zones made up of one or more data centres in 19 regions around the world.

Alright! Ma time to meet that shag quota! Alibaba chairman steps down at 55 with $38.6bn fortune

All work and no play makes Jack a dull boy