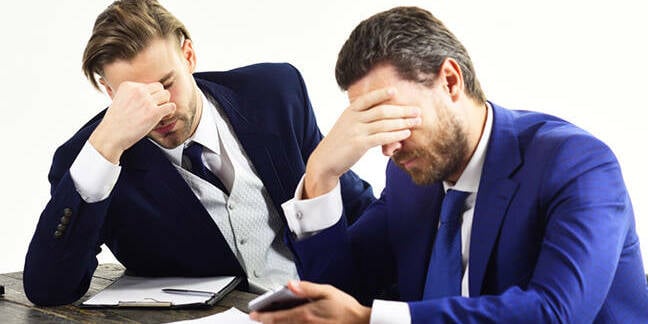 Virgin Mobile customers are struggling to get new SIM cards to work or be recognised by the network, leaving them unable to make or receive calls or use data services.

The company is telling affected customers that replacement SIM cards are from a faulty batch, according to sources.

A Reg reader contacted us having tried and failed to get two different Virgin SIM cards to work in his phone. After numerous back-and-forths with Virgin support he has now given up and found a new network provider.

Virgin originally suggested his phone was to blame but he was eventually sent a second replacement SIM, which also failed to work.

During a further call to support, he was told the issue affected purple SIM cards with a 9 in the card number (319, according to one forum poster) and that Virgin was unable to supply a functioning replacement. He was told a supplier meeting on Tuesday may lead to a solution.

This chimes with a bunch of people that voiced their annoyance on anger echo chamber Twitter.

Don't upgrade to a purple SIM - - currently plagued with problems from my experience and others the Virgin Community forumhttps://t.co/6YGeTz92Zj #virginmobileuk

A Virgin Mobile spokeswoman told us: "We are aware that some Virgin Mobile customers are experiencing issues with their SIM card and we are working hard to resolve this as quickly as possible."

Virgin support forums have several threads complaining about the issue and demanding an update or at least an expected date for a fix. Several were told to try the Aladdin fix: remove the card and give it a rub clean.

Some customers are getting intermittent mobile service requiring frequent reboots or refreshing network settings but many have no service at all. ®

Another TITSUP* on this lovely Tuesday: Virgin Mobile takes time out to enjoy the sunshine

Updated British provider's calls, text and data all grind to a halt

Lightning speed – how fast is that again? Virgin plugs in another 102k to superfast broadband

Twitter will no longer snaffle data allowances on Virgin Mobile

Please, for the love of god, keep your plans switched on!