Devon knows how they make it so steamy: Phantom squatter of Torquay curls one out on bloke's motor 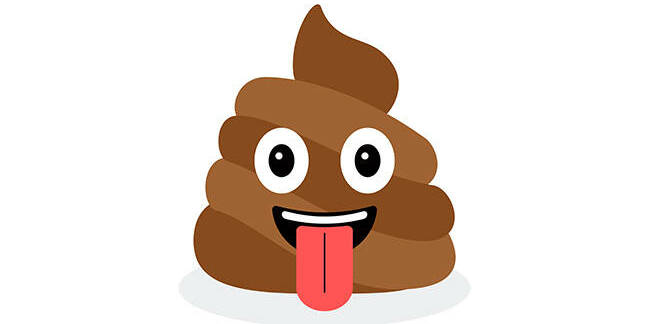 Ah, another fine morning in sunny Torquay. The crisp, invigorating sea air and – oh God, what is that smell? And what on Earth is that on the roof of our car? Someone... took a dump... on our car!

This is how The Register imagines Devon seaside town resident Kirk Petrakis unfortunately woke up on Sunday morning after being disturbed in the night by his seven-year-old daughter complaining of someone "standing on the roof outside her bedroom".

Yikes. You know what kids can be like – creepy.

Petrakis initially wrote the sprog's report off as a bad dream because "we thought she meant the flat roof" and "couldn't see anything".

But out of the mouths of babes comes truth and wisdom as he later found what DevonLive politely described as "a huge pile of human excrement on their car roof".

Thankfully, Petrakis had the good sense to install a CCTV system following a spate of crimes in his street, Upton Hill, earlier this year. Review of the footage revealed the perpetrator – one drunken muppet who deigned not to unload his bowels in a residential garden like a savage, but instead opted for the grander statement of Petrakis's pristine white Honda Jazz.

His equally soused mate, who clearly found the whole thing hilarious, filmed the event on his phone.

The cleanup operation sadly fell to Mrs P and The Register would like to extend our heartfelt commiserations.

The flabbergasted father of two told the local news site: "I played the CCTV back and you can see what they did clearly. He stands up and pees on the car as well. He did everything! I was just speechless.

"We have given the footage to the police. I want an apology. I want them to be named. I want them to pay for the work to get our new car fixed. I have been to several car bod repair places today to see if I can get it fixed without having to make an insurance claim – but they all say the roof will cost about £2,000."

If you're desperate to view the act of an allegedly adult male making a coupé a bit poopé, you can do so here.

Devon and Cornwall Police have made a log of the incident. A spokesperson told The Register: "An incident of criminal damage to a car on Upton Hill on Sunday 1 September has been reported and is being investigated by police.

Mr Petrakis continued: "The world is changing – they are grown men and they are laughing and filming the whole thing. I want the police to have tougher powers." Indeed, Kirk. Indeed.

Though undoubtedly disgusting for poor Petrakis, he should perhaps console himself that this appears to be a moment of spontaneity by two pissed idiots, rather than a mini-campaign of crap as was faced by a Dublin shopkeeper confronted by horse-sized poops, sometimes multiple times a night. The culprit was finally unmasked as a local "family man" who apologised and didn't do it again.

That's 2.91 Brontosauruses to you

Devon County Council techies: WE KNOW IT WASN'T YOU!

Head of education letter littered with mistakes, blames 'IT printers' for bad spelling

UK cops lost nearly twice as much of their own tech kit this year, says thinktank