Commvault has said it will fork out nearly a quarter of a billion dollars to buy Hedvig, a software-defined storage startup.

For the Cohesity rival, this is a $225m bet that data unification and so-called operational efficiencies will pay off.

In April last year, the firm tussled with activist investor Elliot Management, and shortly thereafter tweaked its product strategy, shoehorning 20 individual products into four lines. Elliot has since trimmed its stake in the firm, from 6.4 to 4 per cent in February this year. In May, Commvault appointed former DXC-er Riccardo Di Blasio as its chief sales bod.

Hedvig CEO and co-founder Avinash Lakshman talked up operational efficiencies – saying they'd be achieved "via complete protocol consolidation (block, file, and object storage) on a single API-driven platform" that spans geographies and multiple clouds, and covers primary and secondary storage. This is what Hedvig's Universal Data Plane software, running on AWS, Azure and the Google cloud, brings to the deal.

The firm cited a Gartner forecast that software-defined storage (SDS) running in the cloud will become the dominant method of building multi-cloud storage infrastructures by 2023.

Commvault CEO Sanjay Mirchandani said: "Hedvig's technology is in its prime. It has been market-tested and proven. We believe that the convergence of storage, multi cloud, and cloud native technologies, combined with our leadership in data management, will accelerate the movement towards modern applications built on containers and microservices. Commvault will set the bar for the unification of storage and data management for the future." 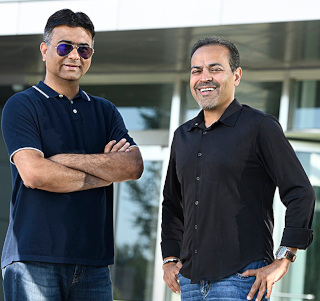 Hedvig was founded in 2012 by Lakshman and his brother, VP of engineering Srinivas. Total funding is $52m.

The startup's staff will stay in their Santa Clara HQ, five minutes' walk from Commvault's office there.

The Commvault and Hedvig software products will continue to be sold stand-alone and a roadmap is being developed to bring them together.

This is Commvault's first acquisition with Mirchandani at the helm after he was appointed CEO in February, and it marks a change of direction for the company which hitherto has focused on organic growth.

The acquisition is expected to close in the first 2020 quarter. ®