We've all seen some wild bugs, but this one is just baffling.

On Friday evening, we reported that some Register readers, among other netizens, got an eyeful in their Microsoft's Outlook mobile app inboxes: invoices, delivery alerts, and other emails from eBay UK appeared to be sent from a topless busty babe.

Specifically, the avatar for ebay@ebay.co.uk was replaced with a half-naked model looking longingly over her shoulder, meaning messages from the online tat bazaar were accompanied in Outlook's smartphone application by the cyber-minx, who appeared to be the saucy sender.

Below is what folks saw in their apps, with the adult star's modesty protected – beware, the uncensored version is not particularly safe for work. A reverse-image search of the photo led back to a website titled "Boob lovers." At this point your Reg vulture, in the time-honored tabloid tradition, made his excuses and left (...the website.) 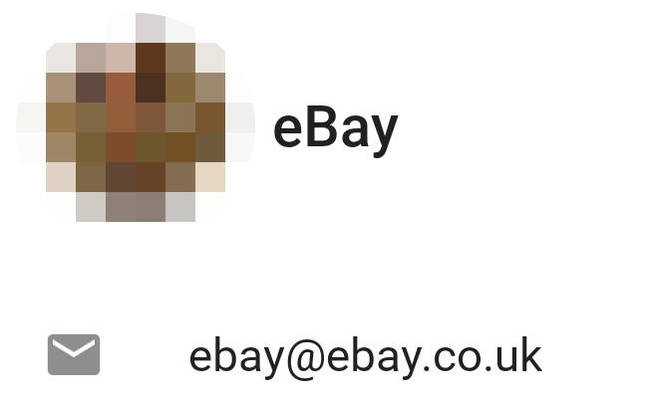 Some of you reckoned an eBay UK worker had accidentally, or perhaps deliberately on their final day, swapped the cyber-souk's Outlook profile snap for a racy pic. Some feared systems had been hacked, while others wondered if there had been a drastic and overly liberal overhaul of eBay UK's office dress code. Perhaps someone had taken dress-down-Friday too literally, others tittered.

Well, as always, a software glitch has been blamed. After carrying out a probe into the bosom-baring blunder, Microsoft – which provides email for eBay UK – said it was very sorry, and told us the wrong avatar was slapped on outgoing messages. No kidding.

On Monday, a spokesperson for Microsoft kept El Reg abreast of its investigation:

We apologize for the appearance of an inappropriate avatar image that some eBay UK customers received. This was a result of a bug discovered in our service in which the image was erroneously pulled from a disabled Microsoft account (MSA).

We have deployed a fix across devices and we recommend that eBay customers who received this image apply the update available in their respective app stores.

If you're using the Outlook mobile app, update it to strip away the mystery minx, and avoid any allegations of infidelity or the harming of sensibilities. A spokesperson for eBay earlier indicated this mess was Microsoft's fault. ®