Want a peek at what's coming in Red Hat? Step this way

CentOS has told devs that they can now get stuck into Stream, a new Linux distro it built with code planned for the next minor release of Red Hat Enterprise Linux (RHEL).

Wait, you may think, is it not Fedora Linux that is based on early RHEL code? True, and Fedora is Red Hat's free distribution with a twice-yearly release cycle intended for testing and developing new features.

The Fedora Project goes back to the early days of Red Hat – it was announced in 2003. But Red Hat's relationship with CentOS is more recent. In 2014, Red Hat and the CentOS Project confirmed a collaboration where CentOS is a community-supported distro based on RHEL code, though "open to variation".

The idea is that Fedora is more bleeding-edge while CentOS is what you choose if you want a free but uncertified equivalent to RHEL. 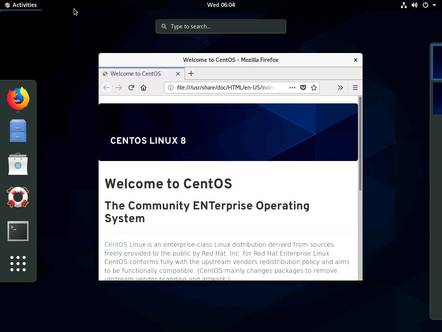 CentOS Stream: A new distro that tracks the next minor release of Red Hat Enterprise Linux

Now Red Hat and CentOS have refined that relationship with CentOS Stream. The announcement describes how new components and features evolve, starting with the Fedora Project and then slowly incorporated into RHEL.

What, then, is CentOS Stream?

CentOS Stream is an upstream development platform for ecosystem developers. It is a single, continuous stream of content with updates several times daily, encompassing the latest and greatest from the RHEL codebase. It's a view into what the next version of RHEL will look like, available to a much broader community than just a beta or "preview" release.

The idea is that if you develop for RHEL, CentOS Stream lets you see what is coming so you can fix problems or introduce new features, and provide feedback on bugs or other issues, before they actually arrive in the main RHEL release.

The introduction of CentOS Stream is apparently a response to "weeks of delays and compatibility problems" experienced by CentOS Special Interest Groups when new minor versions of the operating system were released. Since Stream introduces updates more frequently, developers can keep up by making small incremental changes as well as contributing fixes.

The existing CentOS Linux distro continues as before, and alongside Stream a standard CentOS Linux 8 has also been released, as well as an update for CentOS Linux 7.

The bottom line is that unless you are a developer working on software for CentOS or RHEL, you probably do not want Stream.

You can think of both Fedora and CentOS Stream as a way for Red Hat to get the community to test its products before release. It is similar in concept to Microsoft's Insider programme for Windows, and nearly as confusing. ®

As employers herd staff back to the office with few perks, workers are concerned about what it'll cost them
On-Prem22 Sep 2022 | 116