Back to jail for people trafficker 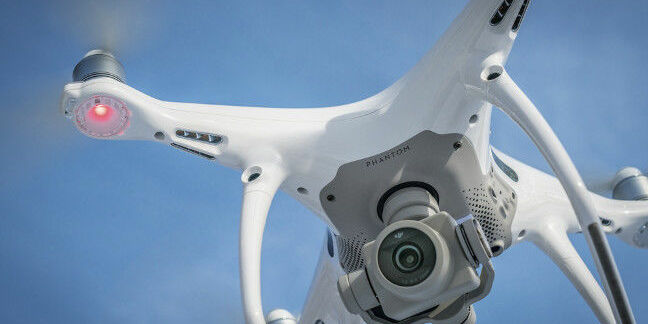 Chinese cops have found a use case for drones that doesn't involve shutting airports, arming them with an assortment of lethal weapons or generally being a nuisance.

Convicted people trafficker Song Jiang, 63, escaped a prison camp in March 2002, regional police reported on their WeChat page. He was able to elude authorities for almost two decades until police redoubled their efforts to process fugitives ahead of National Day of the People's Republic of China (today).

Following intel that Song was likely hiding in the mountains behind his hometown of Daxing in Yongshan County, Yunnan province, southwest China, the team started there, but the terrain proved difficult to traverse.

So they put in an order for drones to join them on the search, and after just five hours, one spotted a "blue steel tile" on a steep cliff along with signs of human habitation and rubbish strewn about.

Locating the site on foot after an hour of hiking, the cops found a man with an "unkempt face" and "dirty body" who they could identify as the fugitive Song. When the plainclothes officers showed their ID, Song realised the jig was up and he was arrested for the original crime of trafficking women and children, also confessing to his gulag escape.

Song told cops that he fled back to his hometown and found a 2m-square cave to live in among the mountains. "For a long time, he didn't [wash his clothes or] take a bath," the police said. "He trimmed his hair and used plastic bottles to go to the ravine to make drinking water."

Ah, don't you just love a happy ending? Let's hear it for drones! ®