You and me baby ain't nothing but mammals, so let's watch for tech sales VAT weirdness through the channel 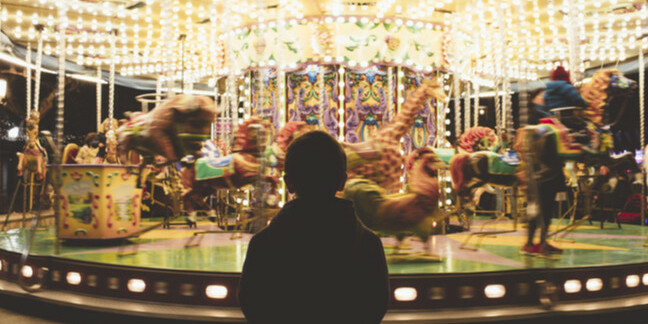 Feature Missing Trader Intra-Community (MTIC) fraud, or Value Added Tax (VAT) fraud more generally, has been evident in tech channels since the early '90s and remains a real headache for UK tax authority HMRC and businesses that may unwittingly find themselves involved in it.

This is primarily because the traditional routes to market prior to 1990 were more rigid in construction and less prone to such activity: manufacturers would supply distributors and they in turn resellers, who sold product onto end users.

This path to market, however, became convoluted and far more complex with the addition of brokers, wholesalers, original equipment manufacturers and sub-distributors, resulting in the current blurring lines of purchase and supply across all major players.

In the reseller space, a lack of warehousing availability means the convenience of having product shipped directly by a supplier to the customer remains a common theme.

Today, vendors supply more than just distributors and they in turn – as do others further in the chain – buy from and sell to differing middlemen.

The amounts the UK treasury and indeed those of other nations lose each year are vast. Europol estimates it costs member states' revenue authorities as much as €60bn annually.

The aim is to take advantage of national and international VAT revenue accounting processes and laxity of control in routes to market and trading or shipping methods. It's an extremely lucrative way for organised crime to launder dirty money and make money doing so.

At some point in that chain, a reputable and unsuspecting seller can be introduced and they are generally the ones to face the pain once those before and after the chain collapse or disappear.

It works by using the legislation that allows cross-border trade to be VAT-free, with VAT only applying to each country's domestic sales. The creation of companies across countries by those engaged in VAT fraud allows for the movement of goods across the border, the charging of VAT domestically followed by a default when those interconnected traders go "missing" or fold before paying the VAT levied and received by them domestically.

Carousel fraud is a little more complex but follows similar lines in that product is imported VAT-free, sold on domestically once or several times and exported again, ending up with the originator. Again, the default and gain arises when one or more of those domestic traders across countries go missing. In such cases, it's been known that there is sometimes no physical movement of product, simply a paper trail or the same product moved round in circles multiple times (hence the carousel).

Links between companies working this fraud are often disguised but the one giveaway is that many do not trade for long, folding or disappearing in less than a year. They are invariably newly incorporated, have seen recent changes in ownership and lack solid financials. To mask this, they often use a "patsy", a legitimate domestic business through which the supply chain can be disguised.

The lure of a great deal at no risk, substantial revenue opportunity and favourable margins often clouds the decision, as does a general lack of awareness of MTIC fraud within buying and selling departments, senior management and business owners.

Unwittingly being drawn into the fraud chain is a real risk, more so if the deal comes from suggested "reputable" sources, people that previously worked for major well-known companies, new sellers or buyers employed or indeed if the introducer to the contact is someone it is felt can be trusted.

But what is the taxman doing to sniff it out?

HMRC, to be fair, does try to sort the wheat from the chaff: it visits newly formed companies, especially those that import and export, and provides information on MTIC and hands out such forms as VAT Notice 726 on Joint and Several Liability for unpaid VAT. It also undertakes regular checks of company VAT reports.

But none of these steps are enough to really drive home the message. It needs to ensure businesses have more detailed knowledge of MTIC Fraud and should be far more proactive in shutting down or de-registering VAT fraudsters much earlier than currently is done.

It is often the case that by the time HMRC moves on known or suspected fraudsters, those unwittingly drawn in may have already taken a hit and perpetrators may well have hooked up others.

Distribution certainly is aware of MTIC fraud and many engage correctly with specialist teams employed to shield the business. Resellers, on the other hand, were never adequately prepared for the resultant shift of this type of fraud further down the channel, much more so given the move away from traditional warehousing and stock holding to direct shipments and the inclusion of logistic supply chain depots.

Sales people and business owners are keen to sell and new buyers brought into the business or new contacts made at trade shows are warmly welcomed when they bring with them ready-made or seemingly risk-free deals, more new clients and greater business volume. Checks, if any are applied, are standard and left to their Accounting and Credit Risk functions. There is an attitude that if goods are sourced from a reputable supplier, the onward sale to overseas buyers with payment upfront is a sound transaction.

However, it may be nothing of the kind if the buyer is a shell company which until six months ago had a Standard Industry Classification (SIC) of watch-making and jewellery but suddenly trades in electronics and telecommunications and is run by an 84-year-old national of another country.

Checking and validating your supplier/client demands much more than just a business report, credit rating, VAT registration confirmation or Chamber of Commerce documentation or website verifications. They are important, of course, but it's really how you combine all this and other information and question it that makes the difference. This is equally important in any domestic sale.

Bluntly, if a relatively new business or one that has weak financials is seemingly willing and capable of prepaying you considerable sums of money, you have to ask yourself the question: why and how?

HMRC has useful tools and guides to follow in order to avoid involvement in VAT fraud – which for some years has come with joint and several liability – but not in a "language" business owners or accountants fully understand.

Leaflets and guides are fine, but sadly they're read and filed for future reference. There needs to be HMRC dialogue, training and ongoing refresher meetings instead of headline warning triggers to watch out for. Business owners, after all, do not always have a handle on every deal and transaction and sales people are paid to sell. Buyers are not trained to validate or be watchful of new supply chains.

What to watch out for

In all cases of withheld VAT, HMRC will consider what precautions and actions you have taken to mitigate or steer clear of such trade. Its guidelines are just that and are certainly not exhaustive. It will check what due diligence you applied to trade and what actions, if any, you took to cease activity once you knew deals were dubious or questionable.

No business is immune from accidental involvement – known channel names have often cropped up in HMRC case lists. The cost to a business of withheld VAT can be substantial and often ends in business insolvency.

It is vital resellers and others in the channel not only prepare themselves well but demonstrate real intent in tackling this problem head-on. It is not that hard to achieve with the right understanding, correct process and order to cash workflow guidelines. Industry bodies could and should do far more to educate and inform the tech channel of the risk.

The fraudsters are sophisticated, and extremely knowledgeable about channel routes and business practices – and they can easily catch unsuspecting and unprepared resellers off guard. ®

Autonomy Trial Biz founder also told CFO to 'do what the f*ck you like', court hears

Autonomy trial They paid us before we paid them, said Gary Szukalski

Both services set for shutdown in first quarter 2016

UK govt 'committed to making directors account for their actions'