When the satellite network has literally gone glacial, it's vital you snow your enemy

Oh, the weather outside is frightful and the signal's not delightful 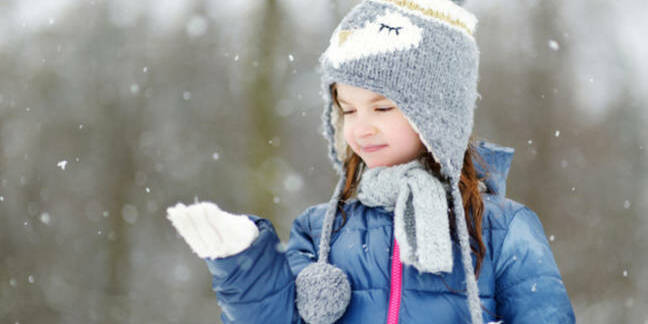 On Call Welcome to On Call, The Register's weekly foray into the bag of disasters averted, or sometimes caused, by those brave readers on the other end of the phone.

Today's wintry tale of how the highest tech can be brought down by the simplest things comes from "Dino", for that is not his name, and takes us back to the 1990s.

Dino had been working for an outfit that provided networking over satellite. "Things," he said, "had been going well for the 12 months since the ground station was put online."

There had been no incidents or outages "other than a couple of solar flares interrupting things".

It was all too good to last: "One December evening I got a call from the on-shift engineer saying that no matter what he did, the test signal we were monitoring back to ourselves kept falling."

This wasn't good, and was a sign that the dish had probably got off-track with the satellite. If not corrected, the resultant loss of service would be both inconvenient and expensive for those footing the bill for that out-of-this-world networking. Dealing with the problem, Dino told us, meant that "some very careful repointing may have to take place manually".

Obviously it wasn't ideal, but being the dedicated professional that he is (and because the facility wasn't far), Dino "got in the car and shot down to the ground station, whereupon I was greeted by a rather frantic engineer".

The panicked techie led Dino to the ops room, showed him the falling signal and, no doubt in that high-pitched wavering voice many adopt in moments of stress, "explained that he didn't know what else to do".

Dino peered around the brightly lit operations room, with all its machinery, flashing lights, machines that go "ping", and windows (of the glass variety).

At that point the penny dropped. With all the lights on, it was impossible to see outside into the night. And outside it was "yup... snowing."

The duo trotted out in the winter night and found the dish covered in the fluffy white stuff.

"The dish heaters had tripped and the dish was covered in snow, so it was obvious why we had a falling signal..."

Hurrah! No manual repointing was needed, just the low-tech judicious application of a broom to brush the stuff off and turning the heaters back on.

Job done! The two headed back into the warmth of the ops room for a well-earned coffee.

"Only," said Dino, "it wasn't high-five time just yet." Before the joe could be consumed, he noticed that a new fault had appeared: "The receive monitors were showing a saturated signal several orders of magnitude higher than they should be.

"I ran into the equipment room to see what was up with the kit and found the satellite gain had been turned up to max."

Our friend, the panicking engineer who had not noticed the snow outside, had "decided to turn the amps up to about 100 watts".

"These things," Dino told us, "normally send about 4-5 watts of power (if I remember correctly)." We asked around and found modern ground stations with anything from 0.5 watts of power to 50 watts (or more) for comms of varying bandwidths.

100 watts was therefore perhaps a bit high in this instance.

Nothing actually blew up, space opera style, but "we had a very irate call from the satellite provider the next day about how we caused some problems with the satellite comms for about 20 minutes due to the high-powered signal."

"I still look back and smile over this one," said Dino. We suspect those operating the satellite in question remember the incident less fondly.

Ever been tripped up by a force of nature, and then found your efforts to stagger back to your feet only made things so much worse? You have? Share your experience via email to On Call. ®