If you thought Windows Insiders was lacking a little in the leadership department, it is now 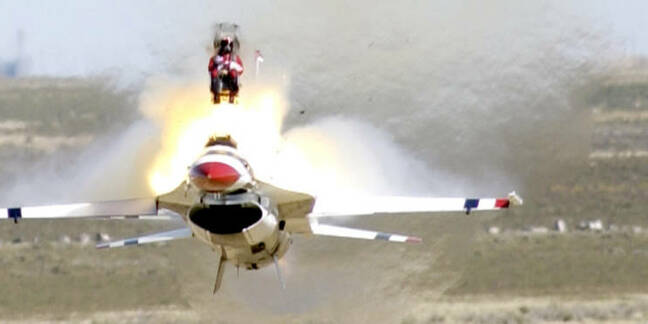 Windows Insiders celebrated five years of the programme with the sudden ejection of its boss, Dona Sarkar, to cloudy pastures new.

Sarkar oversaw the programme during some of the lowest points in the history of Windows quality, although to be fair the organisational issues that led to last year's catastrophic October 2018 Update were in place long before she was handed Gabe Aul's Big Red Button.

The scurry to developer advocacy comes just as Microsoft is gearing up to push Window 10 19H2 out to end users, likely at some point this or next month.

One anonymous Windows Insider MVP who spoke to us wasn't particularly surprised, telling The Register they'd "had the inkling she was hankering for a dev role." Certainly, Sarkar had invested much time and energy in developer outreach during her time in the Insider programme.

Perhaps too much as it turned out.

A favourite phrase of Sarkar's is "Do The Thing".

An unkind observer who has had to endure the decline in Windows quality over recent years would probably have pleaded for that "Thing" to be replaced by "Testing".

With Sarkar trotting off to developer relations in order to head up advocacy for Microsoft's Power Platform, a vacancy has now opened up at the top of the tottering Windows Insider pyramid. After three years of ninja cats and taco hats, some Insiders have expressed hope that the programme might adopt a more sober line under new leadership.

Others would prefer to see the programme refocused to concentrate on its core enthusiasts, with professional testers brought back on board to ensure quality rather than rely on the limited, self-selecting pool of fans that actually file feedback.

Whoever inherits the role certainly has a challenge ahead of them, not least dealing with the team's occasionally iffy communication.

Until that person is picked, it'll be management by committee via Windows and Education veep Eran Megiddo along with "the Insider crew (including Brandon, Jennifer, Blair, Jason, Vivek, Eddie)".

However, a change of leadership also means an opportunity to shake things up and learn from what has really, really not worked well over Sarkar's tenure as well as what has. ®