An Antarctic research station is asking for help after finding a message in a bottle with an indecipherable email address.

The researchers are part of the Australian National Antarctic Research Expedition based at the country's longest-running research station on Macquarie Island.

Back in the summer, three staff were walking one of the island's beaches when they found a bottle containing a faded message. 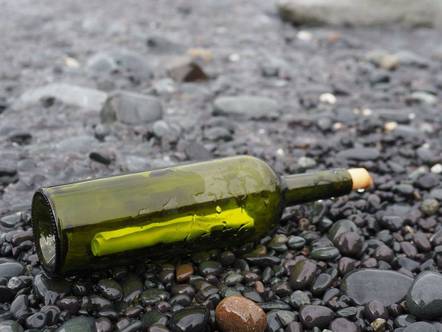 After five months with no physical contact with the rest of the planet, bar email, this caused the cabin-fever-suffering Aussies a lot of excitement.

Station medic Dr Kate Kloza provided some forceps which got the paper out of the bottle without smashing the glass. But the paper appeared to be completely blank.

Even using a light box did not reveal any message. Undeterred, and presumably with bugger all else to do, station leader Kat Panjari and rangers Andrea Turbett and Stella Thomas toiled long into the night to recover the message. 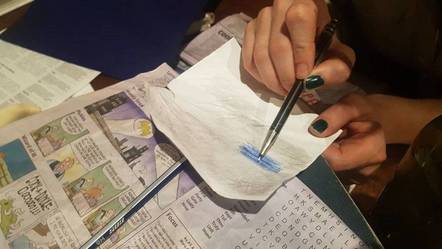 Finally, using the tried-and-tested technique of gently shading with a pencil, they managed to recover this fragment of the message:

If you find this message

My email address is

The only legible part of the email address is: judbas@?????.pl

Visiting the Norwegian island of Bouvet is not for the faint-hearted. It is officially the most remote island on Earth – Antarctica is its nearest neighbour and that's 1,639km away. Norway is 12,776km away.

It might have a top-level domain name .BV but it doesn't have a port, harbour or even a beach to make getting onto it easy.

It is completely uninhabited and mostly covered by glacier. Norway did, however, build a weather station there in 2014 after the last one was blown out to sea, and it can accommodate a handful of people for two to four months.

Bouvet's main claim to fame is as the setting for Alien vs Predator. Tinfoil-hatters have also fingered the island as HQ of the Illuminati and/or the New World Order.

Assuming the bottle-chucker is not a weather or penguin researcher, we reckon there might be a ham radio link to this tale.

DX-peditions are run by borderline-insane radio hams who collect the rare honour of running their kit in territory where no one has ever broadcast before. But a brief search has failed to turn up anything obvious.

We know there are a fair few Reg readers who dabble in a bit of radio hamming so we're hoping you can help track down the elusive bottle-chucking Pole.

The Aussies' blog noted the results of their investigations:

Lead internet researcher Andrea discovered that a Polar Cruise ship had travelled to Bouvet Island, a Norwegian volcanic island in the Southern Ocean South West of Cape Town, during April 2015... emails have been sent to the cruise company and we have reached out to ask our neighbours at the Arctowski Polish Antarctic Station to see if they can shed light on our message in a bottle.

The Reg's own Lester Haines made a hair-raising trip to Rockall many moons ago, but Bouvet makes even that inhospitable scrap of land look like the Isle of Wight. ®