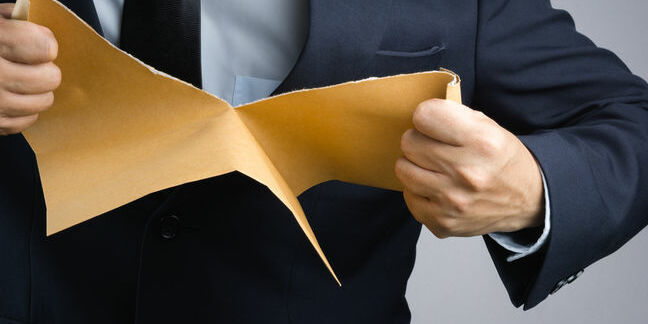 IT contractor Richard Alcock has won an appeal against HMRC after the UK taxman said he owed more than £200,000 in national insurance contributions (NICs) and income tax under off-payroll rules.

The IR35 legislation states that individuals who work alongside PAYE staff in similar roles should pay the same amount in income tax and national insurance contributions as employees. However, as contractors, they are not entitled to the same holiday and sick pay benefits.

Alcock contracted with Accenture and the Department for Work and Pensions as a consultant via his company, RALC Consulting, between April 2010 and April 2015, working on the Universal Credit IT project.

In March 2017, HMRC determined that Alcock owed income tax and NICs of £164,482 and £78,842 respectively for that period. However, it is unlikely he would have had to pay the entire sum because of offsets for tax already paid.

In its ruling, the tribunal stated that it was "satisfied on balance that the hypothetical contracts between Mr Alcock and his end clients, DWP and Accenture, would be contracts for services (self-employment)".

It concluded: "All HMRC's Determinations, decisions and notices are cancelled. The Appellant is not liable to pay the Income tax and NICs assessed by HMRC. The appeal is allowed in full."

Dave Chaplin, CEO of ContractorCalculator, which helped Alcock in his defence, noted that RALC won the case on the key tests of IR35 status known as Mutuality of Obligation.

That is used to determine the employment status examined by all tax tribunals in IR35 as to whether a contractor is in fact a "disguised employee" and therefore subject to the provisions of IR35.

However, Alcock's contract explicitly stated that he could only charge for work actually completed – unlike employees. For example, in his statement, he noted that he had to cease work three weeks early due to the birth of his first child, which meant he was not paid.

On another occasion, one Universal Credit IT programme was stopped. "This was an extremely political and contentious move and several weeks of debate and options analysis followed," Alcock said in his submission. "While this discussion took place and with no firm decision, I decided to continue to support the programme at RALC's risk and continued to work into January 2013.

"I was hopeful that the decision would be overturned, that Accenture would have their contract extended and that RALC would be rewarded with a new contract. Unfortunately this did not happen and ultimately RALC stopped work and was not paid for around 10 days of my effort. The contract was brought to an end in January 2013."

HMRC: We 'rigorously tested' IR35 tax-check tool... but have almost nothing to show for it

Commenting on the ruling, Alcock said: "The pressure on me and my family has been immense. I cannot understand why HMRC pursues contractors so much. Their bullying tactics have been extremely stressful, made all the more difficult to bear since the verdict has ruled in my favour. I should never have had to go through this in the first instance."

ContractorCalculator's Chaplin commented: "HMRC should have spotted that IR35 clearly did not apply from the outset. In my view the investigation was not conducted in a balanced manner and HMRC cherry-picked from evidence that they wrote themselves and which had not been corroborated. It demonstrates a clear investigative failure by HMRC.

"What's more striking is the fact that the case was won primarily on mutuality of obligation, which should surely now be the final nail in the coffin for CEST, HMRC's online assessment tool – because this essential employment status test is still missing from their tool."

An HMRC spokesman said the department "is disappointed with the decision of the tribunal and intends to appeal". ®

And employers that banned personal service companies no longer seem to care. At least not yet, say sources