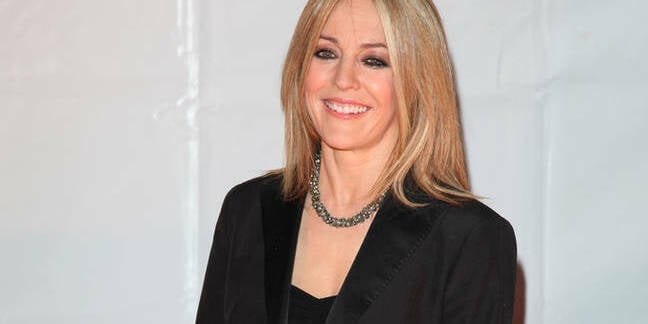 UK TV presenter Helen Fospero has claimed the latest victory against Her Majesty's Revenue & Customs (HMRC) over its off-payroll tax clampdown, winning her appeal against an £80,000 payout under IR35 rules.

HMRC had deemed her liable to pay the additional income tax and national insurance contributions due to her engagements between her limited company, Canal Street Productions Ltd, and ITV during the 2012-13 and 2013-14 tax years.

The IR35 legislation states that individuals who work alongside pay-as-you-earn (PAYE) income-taxpaying staff in similar roles should pay the same amount in income tax and national insurance contributions as employees. However, as contractors, they are not entitled to the same holiday and sick pay benefits.

However, tribunal judge Ashley Greenbank concluded: "In the period in question, Ms Fospero was engaged, through Canal Street, in a separate business, she worked under a series of short-term engagements for ITV, she had no guarantee of further work outside those engagements and ITV had no obligation to provide any work. All of these factors point towards Ms Fospero being regarded as self-employed."

HMRC said it is considering an appeal.

The application of the IR35 rules remain highly contentious, with an increasing number of cases being fought out in the courts.

Earlier this week IT contractor Richard Alcock won an appeal against HMRC after the UK taxman said he owed more than £200,000 in national insurance contributions (NICs) and income tax under off-payroll rules.

Fospero is not the only TV presenter to win an appeal against HMRC over what it considers to be outstanding tax. TV and radio broadcaster Kaye Adams also claimed victory against the taxman earlier this year, as did Scottish TV presenter Lorraine Kelly.

Dave Chaplin, CEO of ContractorCalculator, said: "Earlier this year, Lorraine Kelly, the main host of Lorraine on ITV, was found to be outside IR35, or not a 'deemed employee'. Part of Fospero's work was to provide temporary one-off cover for Lorraine when she was away, often at short notice. It would therefore have been somewhat perverse for a new ruling to decide that someone who replaced a self-employed person as a stand-in was themselves employed.

"These presenter cases are very nuanced and different to the typical project-based contractor, who takes on one client at a time. The case law for presenters is still addressing the nuances."

Andy Chamberlain, deputy director of policy at Association of Independent Professionals and the Self-Employed (IPSE), said of the recent case: "This is the second IR35 tribunal judgement that has come to light this week that HMRC has lost. That drives home the reality that IR35 legislation is so complex that even the UK's tax authority cannot understand it. And if HMRC cannot grasp its own legislation, how can it expect businesses across the UK to when it changes IR35 in the private sector next April?

"The two cases this week – concerning an IT contractor and TV presenter Helen Fospero – both hinged on the absence of 'mutuality of obligation' in their engagements. This is critical because HMRC refuses to accept that there can ever be a contract where 'mutuality' is absent."

Qdos CEO Seb Maley added that the case is another example of HMRC wrongly pursuing a contractor, placing them under enormous financial and emotional stress. "Given the tax office's aggressive nature towards independent workers, contractors need to be confident of their IR35 compliance," he said.

"In exactly six months, IR35 reform will be enforced. While HMRC losing an IR35 Tribunal at this time is ironic, the fact that the tax office is willing to go the distance in cases that are genuinely outside IR35 should encourage clients and agencies – that will soon become liable for IR35 – to ensure their own compliance well before April 2020." ®