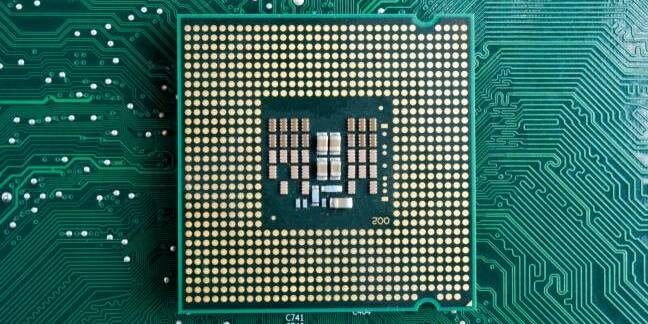 Intel on Wednesday disputed a news report that Chipzilla had intentionally published misleading benchmarks in a comparison between the Intel Xeon Platinum 9282 and the AMD second-generation Epyc 7742 processors.

The accuser, after, ahem, discussing his concerns with Intel, moderated his criticism somewhat.

On Tuesday, Intel issued a blog post on Medium – rather than its own website, oddly enough – that presented figures indicating its Xeon 9282 chip outperformed AMD's Epyc 7742 in tests.

Later that day, ServeTheHome, a site focusing on reviews of servers, storage, networking and other data-center systems, challenged the validity of Intel's testing.

"We checked Intel’s work and found that they presented a number to intentionally mislead would-be buyers as to the company’s relative performance versus AMD," wrote Patrick Kennedy, editor-in-chief of STH.

Intel is facing real competition from AMD for the first time in years, a threat made more acute by Intel's past 10nm manufacturing delays and its ongoing inability to fully meet customer demand for processors. So Chipzilla is highly motivated to present its wares in the best light.

In a followup post, Kennedy said after discussing matters with Intel, he had been told the GROMACS 2019.3 test in fact utilizes AMD's AVX2 vector math engines, giving the Rome chip a fair chance to flex its muscles. And he said that a discrepancy in the threads per core figure for AMD, listed as one, was in fact a typo, according to Intel: two hardware threads were actually used per core.

Intel simultaneously updated its Medium post to clarify that its GROMACS 2019.3 test had the best optimization for both platforms, and that its benchmarks using GROMACS 2019.4 were not appreciably different.

Asked whether he accepts Intel's benchmarks as fair, Kennedy told The Register in an email that he's willing to consider it a "reasonable marketing effort" once the company updates its post to reflect concerns he raised. "Not what an independent agency would setup for a fair test," he said, "but probably OK for marketing [after Intel clarifies everything]."

This is not the first time Intel has been challenged to defend the fairness of its benchmarks, which perhaps explains Chipzilla's eagerness to vindicate itself. In 2005, Intel was accused of engineering its compiler to cripple code running on non-Intel x86 hardware. In 2014, Intel settled a lawsuit alleging that the microprocessor maker in the 2000-2002 period relied on misleading benchmark figures to make its Pentium 4 chip appear to be faster than AMD's Athlon.

Though Intel settled [PDF] AMD's unfair competition claim in 2009 (and the FTC's claim in 2010), the two companies continue to spar, as can be seen in this 2016 AMD video criticizing the SYSmark benchmark test.

The Register asked AMD to comment. An AMD spokesperson replied with a link to a webpage containing various Epyc benchmarks. "There are 107 World Records here last I checked," AMD's spokesperson said. ®