I don't want to go on the cart! Windows 10 Mobile hauls itself from the grave one last time

'I'm not dead!' insists doomed OS. It will be soon 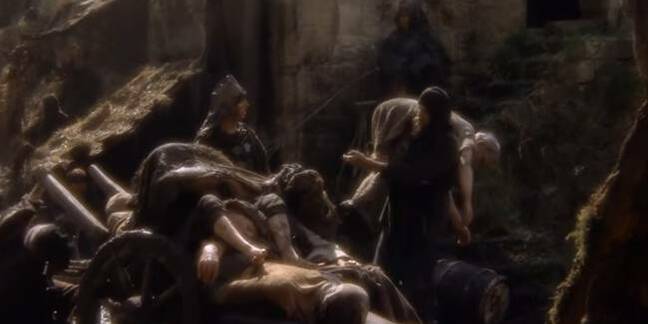 Microsoft unloaded some festive cheer on the last remaining Windows Phone user by apparently extending the life of the doomed platform for another few weeks.

Twitter user Longhorn gave a hat-tip to @wenti_man for spotting that the release notes for the very last patch issued to the moribund operating system now show the death rattles extending to 14 January 2020. The support lifecycle pages, however, insist that 10 December remains the end of the road.

El Reg, like many others, said our goodbyes to the dusty drawer dwellers last week.

The Windows Phone 8.1 Store was also shut down yesterday, although it's unlikely many noticed.

The new date appears to dovetail nicely with the end of support for Windows 7 and seems to imply that should any security nasties pop up over the Christmas period, then a further patch or two might be incoming.

Don't hold your breath though. The Register has contacted Microsoft to check which date is correct or if someone had just leaned on the wrong key after a tad too much festive excess in Redmond.

Naturally, we have spent perhaps a little too long trying to fit Microsoft's largesse to a Christmas song or two. We got as far as "12 apps-a-crashing" in the "12 Days of Microsoft" before we remembered that the "12 Days of Christmas" actually ends on 5 January.

Or a bit longer after that. It depends on your belief of choice, if that's your thing (and if it is your thing, then at least one of you is wrong and likely to spend eternity trying to get WhatsApp working on a Lumia as punishment.)

For our purposes it's before 14 January, thus saving us having to torture the poor mobile platform any further by trying to make its name scan with the seasonal sing-song.

Even with a possible few more weeks to say a final farewell to an old friend, before the poor old thing goes off for meeting with the Microsoft axe-person, the advice remains the same. It really is time to move on. ®