We run through updates to popular lightweight open-source distro

Hands on Linux Mint 19.3 was completed late last year and is a long-term support release with support until 2023, so we decided to put it through its paces.

Linux Mint is a distribution based on Ubuntu (there is also a Debian edition) and version 19.3 uses the Ubuntu 18.04 base packages – also a Long Term Support version.

Mint 19.3 “Tricia” comes in three flavours, each using a different desktop environment. The options are Cinnamon, which is the closest thing to a native Mint desktop; Mate; and Xfce. The existence of both Cinnamon and Mate stems from dissatisfaction with GNOME 3 when it was released in 2011.

Cinnamon began as a fork of GNOME 3 while MATE is a continuation of GNOME 2. Xfce is a lightweight desktop which uses GTK 2. All the Mint releases take a somewhat minimalist approach, but of the three, Cinnamon is the most full-featured, Xfce the most stripped down, and MATE is in between.

Why run Linux Mint? The emphasis is on ease of use and reliability, rather than supporting cutting-edge features or offering the user complex options. There is a Windows 10-like Start menu for familiarity. It is free and open source, and runs well on low-end or older hardware. System requirements are 1GB RAM (2GB recommended), 15GB disk space and a screen capable of at least 1024x768 resolution.

So what’s new? HiDPI support, required for good results on high resolution displays, is “almost complete,” according to the documentation. This extends to a new system tray applet called XappStatusIcon, replacing an older solution called AppIndicator. Icons are also crisper and features improved. 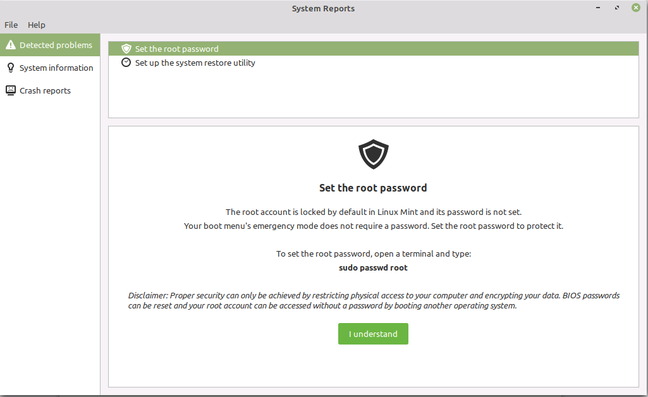 Version 19.3 has a new feature called System Reports. The idea is to detect potential issues, such as missing software or security issues. For example, in our case we were prompted to set a root password and to take system snapshots.

Security seems sensibly handled. You are prompted with an option to encrypt the entire hard drive on installation, or just your Home folder.

There are changes in the default applications. For multimedia, Celluloid replaces Xplayer, a big deal because the new code supports hardware acceleration and supports higher resolutions. Gnote replaces Tomboy for notetaking, removing the last application with depended on the Mono .NET library. 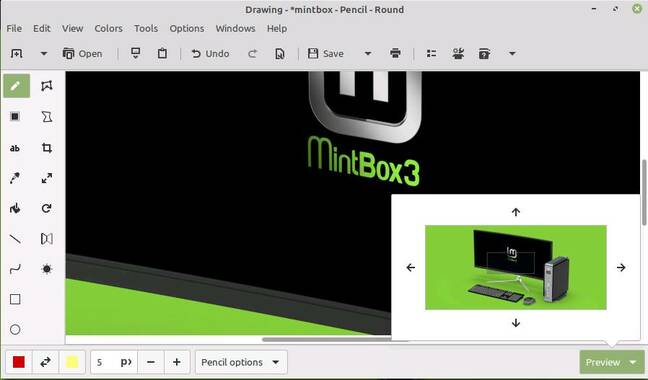 The Gimp drawing package is no longer in the default software selection. “Gimp is an excellent application but it has a very steep learning curve and its user interface is quite intimidating for novice users,” say the team.

It has been replaced by a simple drawing application. We soon found it inadequate; but Gimp is only a click or two away using the Mint software manager (which has the image package as a recommended application).

When you install Mint it prompts you to configure daily (at least) snapshots using the Timeshift application, choosing rsync or BTRFS. Once set up, creating a snapshot is quick, and you can restore either the entire system or individual files (there is a right-click Browse files option). It is similar functionality to Apple’s Time Machine and helpful for desktop users. 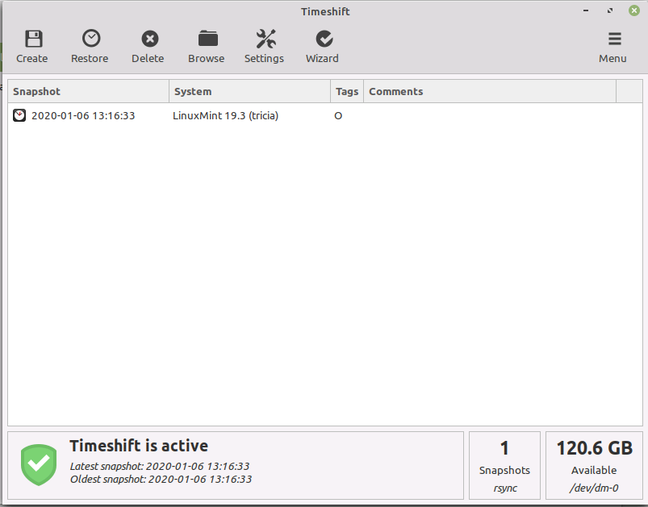 Timeshift creates system snapshots on a schedule of your choice

We prepared this review on Mint 19.3 and found the system cohesive, uncluttered and easy to use – although from time to time some Linux jargon creeps in. There are reports of the reference to a “root password” perplexing users, for example, and the same is likely true of being asked to choose between rsync and BTRFS. 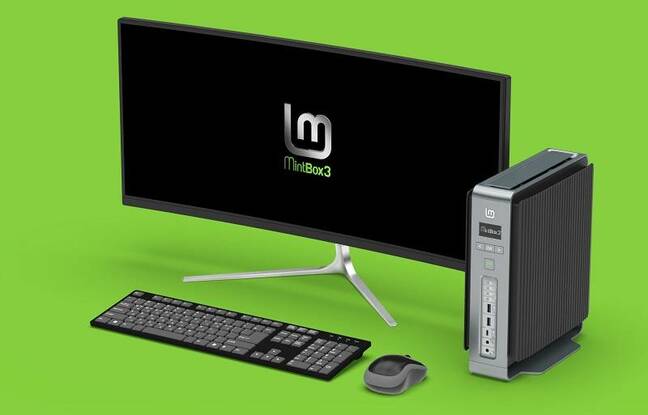 Mint enthusiasts can purchase hardware with Mint pre-installed. MintBox3 is a fanless desktop PC which comes in Basic and Pro editions. The Basic edition is based on a 6-core Intel Core i5-9500 and comes with 16GB RAM and 256GB SSD, costing $1399 plus VAT, while Pro has an 8-core i9-9900K with Nvidia GTX 1660 Ti graphics, 32GB RAM and 1TB SSD at $2499 plus VAT. The hardware is provided by Israel-based Compulab.

At these prices MintBox 3 seems out of keeping with Mint’s ability to run on low-end PCs – this blog post describes it as “a luxury computer” – though the hardware promises to be both fast and silent, and 5 per cent of your money goes to the Linux Mint project.

If you want the freedom and low cost of Linux in a user-friendly package, Mint is a good choice. It is a refreshing contrast to Windows, which runs everything (including Windows malware), but costs money and has higher hardware demands. Another option is Chrome OS for an even more foolproof system, but one that is locked down and tied to Google.

Is Mint really for less technical users, or is it more for administrators and developers who enjoy a fast, robust and somewhat minimalist Linux desktop? Removing Gimp suggests the former, but much of what is on offer will please the second group, for whom Mint is well suited.

Linux Mint is easy to try with a live version that doesn't install anything until you ask it to, and you can download it here. ®