Why is a 22GB database containing 56 million US folks' personal details sitting on the open internet using a Chinese IP address? Seriously, why?

If CheckPeople could take a look at this, that would be great 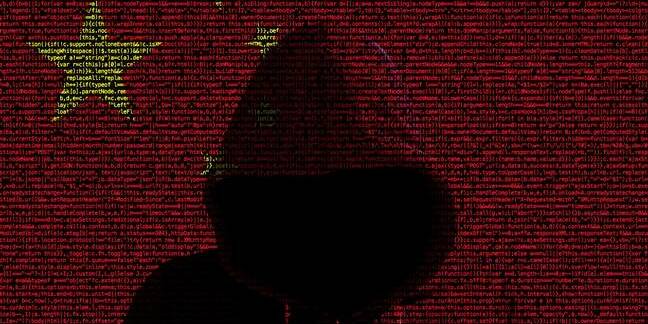 Exclusive A database containing the personal details of 56.25m US residents – from names and home addresses to phone numbers and ages – has been found on the public internet, served from a computer with a Chinese IP address, bizarrely enough.

The information silo appears to have been obtained somehow from Florida-based CheckPeople.com, which is a typical people-finder website: for a fee, you can enter someone's name, and it will look up their current and past addresses, phone numbers, email addresses, names of relatives, and even criminal records in some cases, all presumably gathered from public records.

However, all of this information is not only sitting in one place for spammers, miscreants, and other netizens to download in bulk, it's being served from an IP address associated with Alibaba's web hosting wing in Hangzhou, east China, for reasons unknown. It is a perfect illustration that not only is this sort of personal information in circulation, it's also in the hands of foreign adversaries.

A white-hat hacker operating under the handle Lynx discovered the trove online, and tipped off The Register. He told us he found the 22GB database exposed on the internet, including metadata that links the collection to CheckPeople.com. We have withheld further details for privacy protection reasons.

The repository's contents are likely scraped from public records, though together provide rather detailed profiles on tens of millions of folks in America. Basically, CheckPeople.com has done the hard work of aggregating public personal records, and this exposed NoSQL database makes that info even easier to crawl and process.

"In and of itself, the data is harmless, it's public data, but bundled like this I think it could actually be worth a lot to some people," Lynx told El Reg this week. "That's what scares me, when people start combining these with other datasets."

While CheckPeople.com also offers criminal record searches, Lynx did not find that information among the cache.

The Register has repeatedly attempted to reach a human at CheckPeople to alert it to the leak, and the site's administrators have yet to respond. Its customer-support call center directed us to email the company, although our messages were subsequently ignored, it appears. Similarly, Lynx told us he has been unable to get hold of anyone beyond a third-party call center worker.

You would think a company trafficking in personal records would care a bit more about being able to be reached.

Whether this is data somehow siphoned from CheckPeople by a Chinese outfit and dumped lazily online, or a CheckPeople server hosted in China, is unclear.

However, under the laws of the People's Republic, government agencies can more or less search any machine at any time in the Middle Kingdom, meaning profiles on 56.5 million American residents appear to be at the fingertips of China, thanks to CheckPeople – we assume Beijing has files on all of us, though, to be fair.

Again, repeated attempts to contact CheckPeople for its side of the story were unsuccessful. Should the company decide to get in touch, we will update this story as needed. We have also pinged Alibaba to alert it to the exposed database, should it care about Americans' privacy. ®

An attorney for CheckPeople.com told us on Friday that the business is probing the matter:

CheckPeople is unaware of any database of information hosted in China or through Alibaba. CheckPeople’s records are stored in the United States on secure servers. However, CheckPeople takes security issues very seriously and is investigating this matter.

We understand the database has been removed from the Chinese server. Redacted screenshots of the records can be seen here.