What you really need is a bawling co-worker 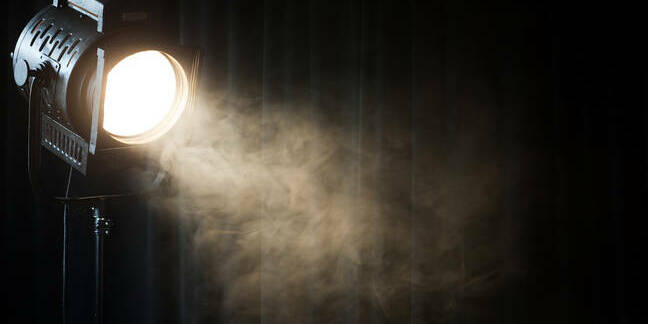 On Call Welcome to On Call, The Register's receptacle of woe for those unfortunate enough to be at the beck and call of that species we call The Customer.

Today's tale concerns a duo we will name "Pete" and "Dud" because, frankly, we're of a certain age and still remember Not Only... But Also with a fondness.

There were, however, no Dagenham shenanigans for our Pete and Dud, involved as they were in the manufacturing of instruments for nuclear medicine.

"Our technician," recalled Pete, remembering the events of 1980, "was following the test specifications to the letter, but this one particular instrument was behaving very strangely."

Some of the numbers were coming out huge when they should have been small - not great when dealing with medical instruments.

The concerned techs called in Pete to watch. "It was a bit of trek," he recalled - the jaunt from Oxford to Milton Keynes being no mean feat back in 1980, but "it had to be done."

Pete arrived to find Dud going though yet another calibration run. "This involved 16 vials of radioactive goop (iodine-125; one vial in each of the instrument's 16 scintillation counter wells), and what had come to be called the 'shuffle'."

"These instruments were going to be in hospitals, to diagnose illnesses in patients," said Pete, "So they had to be good." No agile testing or hurried rollbacks here back in the day - lives were, in a very real sense, at stake.

Pete modestly added: "Though I do say it myself - I designed them - they were good. They were not at all prone to pumping out nonsense results."

And yet this instrument was spewing garbage. Fortunately, since it was one of the first to sport a microprocessor, Dud had managed to rig up some debugging to view real-time data from the scintillation counters.

"And the data," observed Pete, "was nonsense."

Dud demonstrated his grief by feigning weeping and throwing himself over the recalcitrant device.

Pete was able to see the screen while Dud did his theatrics: "The nonsense readouts suddenly vanished and were replaced by sensible numbers."

He shoved Dud out of the way and with a single movement of a digit, solved the problem. He turned off Dud's Anglepoise lamp.

The issue? "There were some tiny holes in the aluminium sheet casings of the supposedly light-tight scintillation counter housings."

"So we added a new test to the specification, sent back a load of dodgy well counters, and never looked back."

Forty years on, "Dud and I still see each other now and again," said Pete.

Ever been called out to solve the unsolvable, only to throw light on the problem by, er, removing the light? Or worked in the medical world and been left aghast at today's trendy testing techniques? Of course you have, and an email to On Call will make everything alright again. Maybe. ®