Hey kids! Ditch that LCD and get ready for the retro CRT world of Windows Terminal

An update inbound with Search, Settings and Scanlines

With Windows 7 emitting its last death rattles and a Microsoft engineer poised to pull the plug, the Redmond gang has teased a return to a simpler, text-based time with the next release of Windows Terminal.

Due for release on 14 January, the same day as Windows 7 passes out of extended support for all bar those with deep pockets or a hankering for Azure, the latest update brings some delightfully retro functionality for those seeking a proper, old-fashioned terminal experience.

The "CRT effects" shown off by Microsoft Program Manager Kayla Cinnamon introduces the likes of scan lines to bring a twinge of nostalgia for those hankering after the days before LCDs became all the rage. 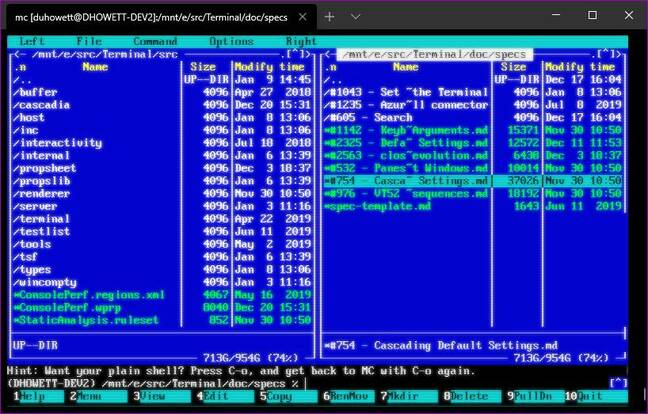 The visual tweak will be rolled out first as an "experimental feature" in version 0.8 of the open source project, although with a few months left until the expected version 1.0 release in April (just in time for Microsoft's Build event, and a year since the project was first unveiled) there is every chance it might enjoy a promotion past that "experimental" tag.

A more useful feature is the ability to Search for text as well as enhancements around tab sizing. The team has also added the ability to specify a profile to open a profile using custom key bindings (for example, ctrl+shift+u to fire up an Ubuntu session) as well as the ability to apply one setting to all profiles in the profiles.json file. There's still no GUI for editing those settings, and we're not sure we'd want it any other way.

The release is running about a week behind schedule having been promised for 7 January as part of the release notes for December's 0.7 (and its crowd-pleasing panes) put in an appearance. Instead, it is the lucky gnomes hard at work within the Redmond software mines who will get a first look at a test version, replete with CRT effects, ahead of the majority of users on 14 January. ®