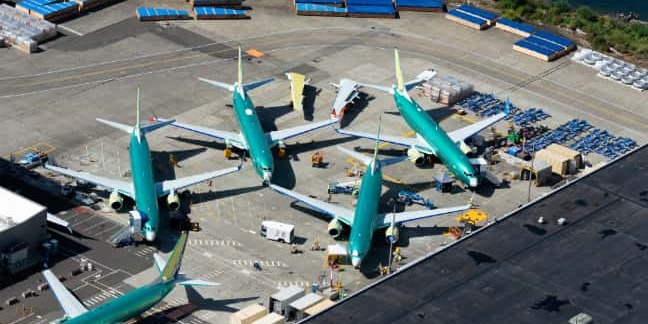 Boeing this week turned over damning new documents around the design and response to its ill-fated 737-Max airliner.

The aviation giant provided an archive of employee emails and messages to investigators in both US Congress and the FAA covering the design and handling of accidents in the error-prone plane.

Those messages reportedly paint a less-than-flattering picture of how Boeing workers viewed both the Max itself and the authorities charged with regulating it.

"These newly-released emails are incredibly damning. They paint a deeply disturbing picture of the lengths Boeing was apparently willing to go to in order to evade scrutiny from regulators, flight crews, and the flying public, even as its own employees were sounding alarms internally," said Rep. Peter DeFazio (D-OR), chair of the House Committee on Transportation and Infrastructure.

"I can only imagine how painful it must be for the families of the 346 victims to read these new documents that detail some of the earliest and most fundamental errors in the decisions that went into the fatally flawed aircraft."

In one message, an employee is quoted as saying the Max was "designed by clowns, who are in turn supervised by monkeys."

In another exchange, while discussing the simulators used during the design of the aircraft, one Boeing employee asked another "Would you put your family on a Max simulator trained aircraft? I wouldn't" to which the recipient responded "no."

The messages also show the disdain Boeing's ranks held for the FAA, vowing to fight any efforts to require additional simulator training for pilots and comparing presentations the company gave for the FAA to "like dogs watching TV."

In other cases, employees did express concern for the problems plaguing the craft, with one quoted as writing "I still haven’t been forgiven by God for the covering up I did last year."

"We regret the content of these communications, and apologize to the FAA, Congress, our airline customers, and to the flying public for them. We have made significant changes as a company to enhance our safety processes, organizations, and culture," Boeing said of the messages.

"The language used in these communications, and some of the sentiments they express, are inconsistent with Boeing values, and the company is taking appropriate action in response."

The FAA, for its part, brushed off the unflattering comments made about its staff and vowed to press forward.

"While the tone and content of some of the language contained in the documents is disappointing, the FAA remains focused on following a thorough process for returning the Boeing 737 MAX to passenger service," the aviation bod said.

"We continue to work with other international aviation safety regulators to review the proposed changes to the aircraft."

Boeing's new CEO, David Calhoun, takes over on Monday. Good luck to him. ®

DEF CON Politicians appeal to hackers to take up the fight