With apologies to Joy Division

The RPG Greetings, traveller, and welcome back to The Register Plays Games, our monthly gaming column. With the festivities behind us and the cold, grey light of January harshing everyone's buzz, it's time to sit down and escape reality. Not sure how I managed to complete this edition following the birth of my second son, but on the other hand I don't lactate so am of very little use to him*. In the meantime, video games.

Devs always rush out their goods ahead of the holiday season so there wasn't anything left to look forward to at the end of 2019 except the various sales of digital distributors. Doom Eternal, Cyberpunk 2077, Bloodlines 2 and Mount & Blade: Bannerlord all await deeper within 2020. It was time to mop up what I missed. So many bargains, so many games, but which to play**?

I caught Disco Elysium fever. No, not the Saturday Night kind. I was really quite poorly

I was stumped but Epic – custodians of Unreal Engine, Fortnite and the much-maligned Epic Store – continued to throw money at its tweenager userbase, offering another tenner off one game on top of an already heavy discount. So that narrowed it down somewhat.

Eventually I settled on Control, for the time being one of those Epic Store exclusives people love to hate, despite knowing next to nothing about it. On the cover a redheaded young woman with impeccable fashion sense, pistol in one hand but the other raised as though the whip is just for show. Eh, what the hell. 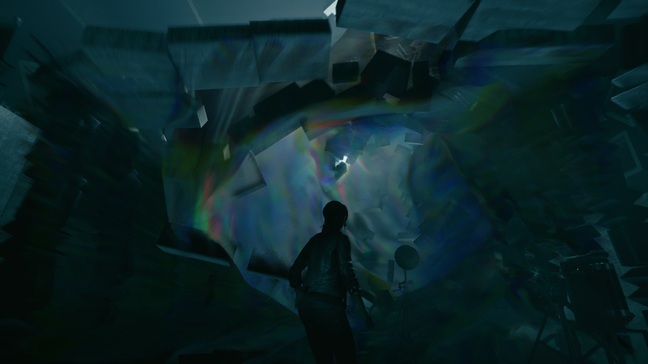 It's a bit of a mindfucky game

Going in blind is probably the way to play something but it's almost impossible these days – and it could prove to be an expensive mistake if you pay full price and end up hating it. I have no strong feelings about third-person shooters either; the genre brings to mind very "stock" and linear experiences compared to what else is out there these days.

Fortunately, Control is a strange game with an original setting and fun mechanics. It also has some cred behind it as the latest game (August 2019) developed by Remedy Entertainment. If you cast your mind back through the mists to 2001, you might recall they're the Finns who made the ultraviolent, bullet-time romp Max Payne. I didn't play it at the time because my parents couldn't justify buying me a game about the brutal murder of a cop's family and his bloodthirsty quest for revenge, but I must have worn out the demo disc that came taped to a magazine cover. 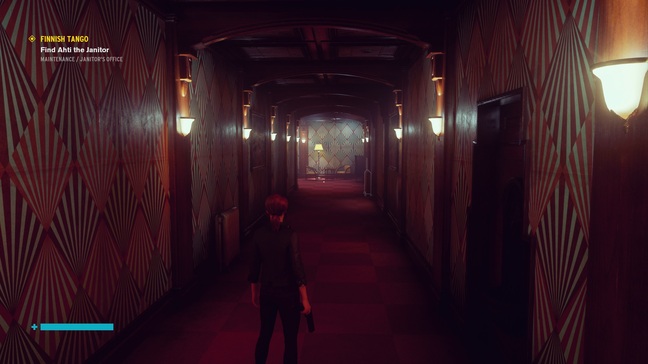 I had assumed the company disappeared with that franchise, but they also made Alan Wake and more recently the TV-like experiment Quantum Break for the Xbox, which honestly didn't tempt me at all (not just because it was an Xbox exclusive). But what binds them together are their unique, physics-based mechanics – ground-breaking slowmo in Max Payne, the importance of light in Alan Wake, and time manipulation in Quantum Break. Control is no different, this time adopting a menu of telekinetic abilities, and Remedy should be applauded for adding something different to the genre with each effort. God knows third-person shooters need it.

So how does the well-dressed protagonist, Jesse Faden (portrayed by US soap opera star Courtney Hope), come to master matter with her mind? In her world, shady government agencies know much more about the nature of reality than they let on – and the Federal Bureau of Control is one tasked with understanding the forces of the multiverse and keeping them at bay. 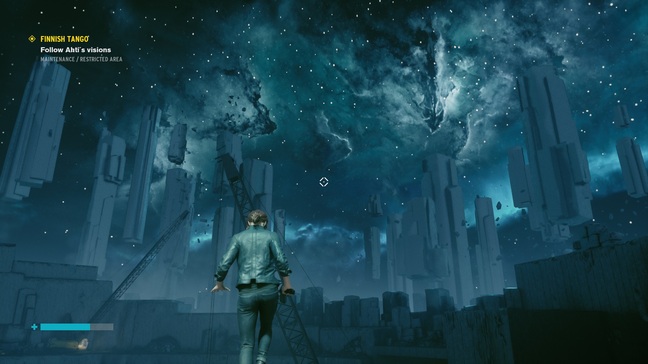 Some areas of the Oldest House are... expansive

Faden rocks up at the Bureau's front door in search of her brother, missing since they were children, but only those authorised or meant to find the HQ can do so because it is located inside what is referred to as the Oldest House, a TARDIS-like "Place of Power", the interior of which is apparently endless and in constant flux.

But the Bureau is having a bad day. Multidimensional assholes known only as the Hiss have somehow gained access, wreaking havoc and possessing agency staffers, the majority of which float lifelessly in the air chanting a creepy incantation. The director has blown his brains out. You pick up his "Service Weapon", a shape-shifting "Object of Power" which happens to make you the new director. Thus begins your adventure to unravel the strange phenomena that haunted your childhood, find your brother and save the Bureau from its hubris. 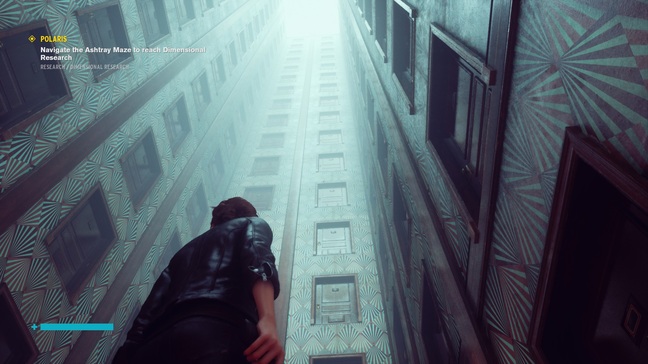 Reality dysfunction in the Ashtray Maze

Control entirely takes place within the Oldest House, a large area for this kind of game with multiple departments and levels serving different functions for the Bureau. You'll be zipping back and forth between them to further your goals, as well as exploring what is open to you at your leisure. Apparently the main campaign can take as little as 10 hours to complete, but I managed to squeeze about 30 hours out of it, completing every mission I could find.

Though the brutalist architectural style can be a bit monotonous on the eyes, Control is well written and throughout the winding corridors and vast lobbies documents are hidden that flesh out the world and its institutions. As sci-fi goes, this is definitely up there, making plenty of nods that Twin Peaks and X Files fans will appreciate. 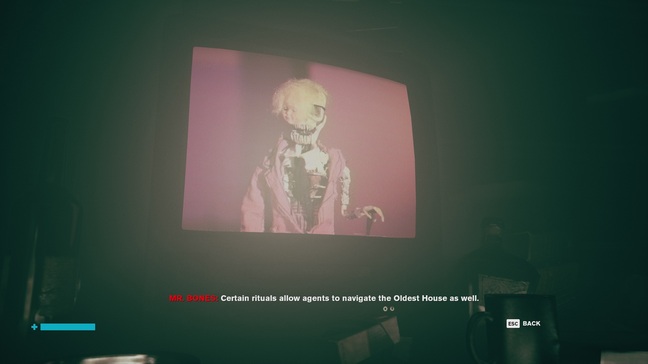 The Service Weapon can switch between two firing modes on the fly out of a possible five – a semi-auto pistol, a shotgun, a full-auto SMG, a sort of railgun thing and a rocket launcher – which will become available as the game progresses. Each has their uses depending on the number and variety of enemies encountered and can be tailored and improved with modifications dropped off enemies or found in chests. You can craft mods too, but it's a waste of time. The materials you pick up will be needed to level up each gun mode.

You'll also be seeking out other Objects of Power – mundane items touched by un-mundane forces – because they unlock preternatural abilities that can be wielded in combat thanks to their association with an "Astral Plane". Telekinesis, a swift evasive manoeuvre, a debris shield, levitation and many more can all be called upon to great effect. The satisfaction of leaping into the air, tearing a huge chunk of concrete off a wall then smashing it against a foe below is simply delicious. All these powers can be levelled up and modified in a similar manner to your Service Weapon. With time, you feel like a god – and this is Control's main draw. Some powers are optional, but since combat encourages constant movement (there's no stale cover system here), grabbing them all is advisable. 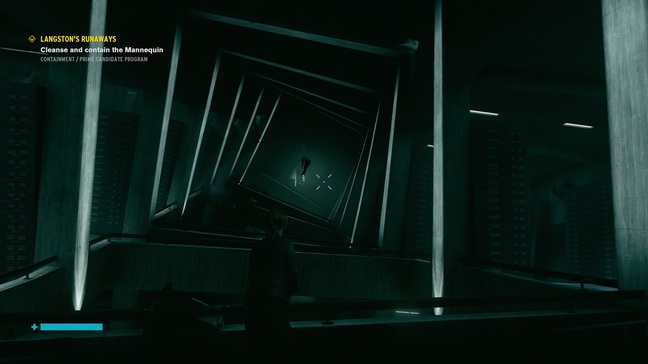 The corridors of the Oldest House can glitch out

The PC version also supports Nvidia's new graphics rendering platform, RTX (real-time lighting). Many shrugged at this development as a gimmick, not helped by the cost of the GPUs able to pull it off and the inevitable performance hit. However, I needed to upgrade anyway and was totally sold turning it on in Shadow of the Tomb Raider, where the realistic shadows added a whole new dimension to its dingy catacombs. Control, on the other hand, is a concrete and glass monstrosity so reflections, rather than shadows, are the most noticeable graphical wizardry to the point of distraction.

I was able to play at the highest settings with a frame rate ranging from 50 to 70, which is a bit disappointing. RTX seems some way off being convincing and the trade-off may not be worth it for you. I have also been told that the console version is almost unplayable on the current generation of hardware.

Though it's not usually my taste, Control was fun enough for me to see it through to the end and, really, what more can we ask of video games? However, I'm glad I didn't pay full price. Now, do excuse me. I've just seen Max Payne 1 and 2 in the Steam store for £2. ®

*I'm doing literally everything else involved in the running of a household and caring for a three-year-old terror so don't @ me.

**I bought far too many.

Updated Someone thought of the children, and the dark patterns
Personal Tech19 Dec 2022 | 23