GitLab can proclaim diversity all it likes, but it seems to have a real problem keeping women on staff or in management 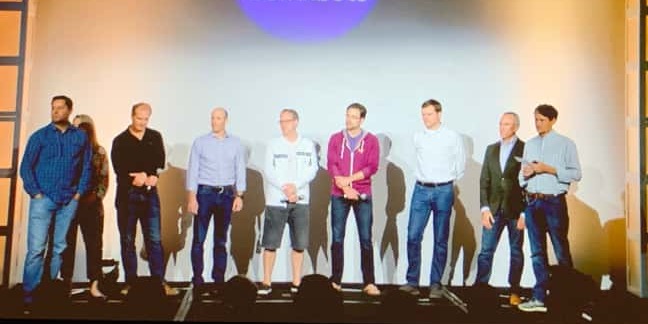 Special report In late January, code storage biz GitLab published a blog post declaring that "diversity and inclusion is a core value at GitLab and fundamental to our success." Nonetheless, the company has had trouble retaining female executives.

That same month, GitLab got rid of the woman who ran its legal department. The company fired Jamie Hurewitz, VP of Legal, for supporting Candice Ciresi, who resigned in November as Director of Global Risk and Compliance to protest the company's plan to not hire engineers in China, Ukraine or Russia.

Around the same time, the company hired a Chief Legal Officer, in preparation for its planned Initial Public Offering. As The Register understands, CEO Sid Sijbrandij was required to hire a woman for the role.

Sung Hae Kim, another top female executive who was hired as Chief People Officer in September (and announced in December), was forced out in January. The Register understands that Kim had disagreed with the way GitLab's executives had dealt with the concerns raised by Ciresi, among other issues.

And the woman who was Senior Director of Security left in September to pursue better career options.

More than a few other women left or were pushed out of GitLab over the past year. The Register is aware of at least ten women who parted ways with the company during that period based on concerns about limited advancement opportunities, unequal pay, unfair treatment, or hostile, dismissive interactions. Only one agreed to go on the record; others cited legal concerns or obligations and fear of retaliation.

"It does not surprise me that you would not be able to find anyone willing to go on the record," said Hurewitz. "Female team members personally confided in me and told me that they were not comfortable escalating their concerns for fear of retaliation or they just felt that nothing would come of their report."

"It is my opinion that GitLab has created a culture of fear," she explained. "It seems like if you disagree with the leadership or make too many waves then you cannot be successful and are forced out, one way or another."

Another woman familiar with the company who asked not to be named echoed that sentiment, stating, "People aren't comfortable reporting up when they're not represented."

Meanwhile, two male executives involved in two recent company missteps – the ban on hiring Chinese, Ukrainian, and Russian engineers and mandatory telemetry – put in for their own promotions and received them.

GitLab is not the first company to tout values that aren't apparent in its actions. Last year, NPM, which keeps track of JavaScript libraries for developers and celebrated its culture by suggesting its acronym stood for Nice People Matter, endured a management change that resulted in workers trying to unionize and then being fired.

But GitLab is unusual in that it's an all-remote company and it espouses transparency. Sometimes it is transparent – it conducts business by hashing out issues online using git, version control software that's also usable for project management.

But it's only transparent until it isn't – controversial discussions may be marked confidential so they're removed from public scrutiny. The company would not answer questions about personnel matters, citing privacy concerns.

GitLab, perhaps because of its pending IPO and the recent awkward dismissals, appears to be making an extra effort to burnish its image. Beyond the January 29 blog post about how happy most women are at GitLab – credited to Carol Teskey, director of global people operations, though we're told she had nothing to do with it – there's also a recent social media post, pointing to a video published last August, about diversity at the company. Incidentally, several of the women mentioned no longer work there.

In its blog post, GitLab states, "There is a lot of reporting that shows sometimes a company's work culture will privilege one gender over the other. At GitLab, we are proud to say that is not the case, and the truth is in the numbers."

Those numbers aren't particularly convincing. They come from a Comparably survey of 125 GitLab employees, without respect to gender, out of a workforce that's presently 1,176 employees. Some of those who spoke to The Register for this story suggested the results of the voluntary survey do not accurately capture the prevailing sentiment among women who work for the company.

We also understand that GitLab asks new hires to review the company on workplace discussion and hiring site Glassdoor, in the hope that the gratitude of the recently hired will dilute any potentially negative comments.

When you stop listening to different views, you cannot claim to be diverse

By 2022, GitLab says it aims "to increase the number of women in leadership roles at GitLab to 30 per cent." Among those we spoke with, it was suggested that this would not make up for the women who left or were pushed out in Legal, Compliance, People Ops, Marketing and IT over the past three months.

"When you 'weigh revenue versus people,' if revenue wins – you have greatly undervalued people," said Ciresi in a message to The Register. "A key part of integrity is honoring the absent – speaking for those who aren’t there to speak for themselves but still impacted by the discussion. A key part of leadership is respecting the discussion even if you don’t like what you hear. When you stop listening to different views, you cannot claim to be diverse."

The Register asked GitLab to comment on claims our sources made about the company, but a company spokesperson declined to respond.

"Because we value the privacy of our current and former employees, we do not discuss personnel issues publicly," the company spokesperson said in an email to The Register.

Pointing at the company's January 29 blog post about Comparably's 125-person survey, GitLab's spokesperson added, "Diversity and inclusion is a core GitLab value. We strive to foster an environment where everyone can thrive and we are proud to be recognized recently for these efforts." ®