Some time later this year, a TCL staffer will press the red button on the Blackberry brand phones production line and, unless another firm takes the reins, it'll be the end of the road for the humble BlackBerry.

The iconic phone-with-a-keyboard helped popularise the smartmobe category, transforming it from the preserve of well-heeled City types to something with broad mass-market appeal.

The timing of the dissolution of this licensing deal is certainly interesting. The physical-keyboard (phyboard, maybe?) has enjoyed something of a renaissance in recent years.

In 2017, Planet Computers unveiled its Cosmo, a mini-laptop in the vein of the old-school Psion "pocket computers". Then, two years later, obscure Chinese brand Unihertz began crowdfunding for its Titan, which was the unholy lovechild of a Cat rugged phone and the BlackBerry passport (with handsets out late last year). Then, at the Mobile World Congress phone shindig last year, F(x)tec gave the tech press a look at its inaugural effort, the Pro1, a keyboard slider phone faintly reminiscent of the old Nokia N97.

What sets those apart from the BlackBerry phones touted by TCL? Arguably, targeting.

During its time at the helm, TCL released three keyboard-equipped mobes – the KeyONE, Key2, and Key2 LE. While they were reasonably well received, it wasn't immediately obvious who they were for. Was the target audience those nostalgia-soaked nerds, or was it email power users hoping to find an advantage over their iPhone-touting colleagues?

The current crop of phyboard phones is somewhat different. The F(x)tec Pro 1, for example, doesn't put the keyboard front and centre. You could use it as a standard touchscreen mobile, only switching to the physical keyboards when it was convenient. This provided a happy medium between the two form factors. 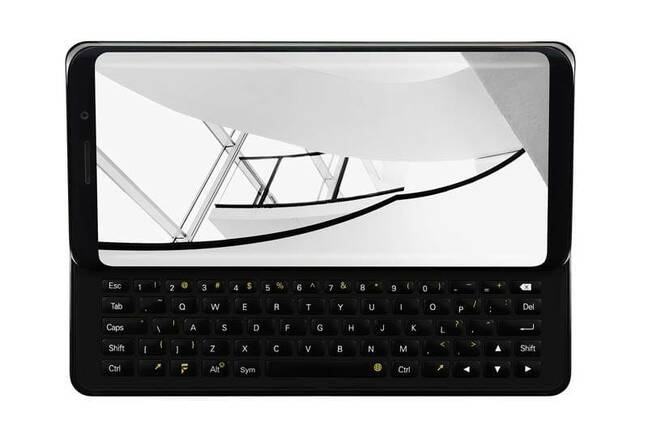 FxTec – you don't have to get physical, you've got a touchscreen keyboard option too

Looking at Planet Computers' Cosmo, you see a keyboard more akin to what you'd find on a standard laptop – albeit drastically shrunk. It aggressively targets the sector of the market left behind by the demise of the UMPC, with the phone element almost an afterthought compared to the more productivity-driven facets of the device. It even runs Linux!

The biggest aberration is the Unihertz Titan, which feels more experimental but was also brought to life by a KickStarter campaign, a natural incubation chamber for such an ambitious and unusual device. And by avoiding the kind of mass-production runs typically found in consumer tech, it's able to target the vanishingly small slither of the phone-buying public who want both a rugged handset and a big-screen device with a phyboard. 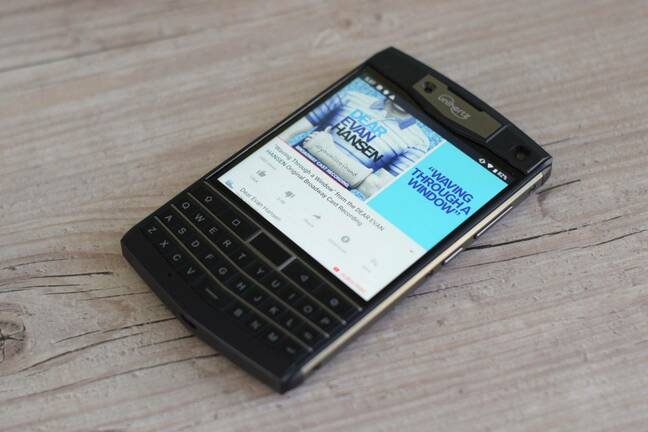 Ultimately, these three phones signal the immediate future of physical keyboards; namely, devices targeted to small niches with the laser-focused precision of a B52-delivered smart bomb.

The short lifespan of the nouveau Android-powered BlackBerry is largely attributed to the fact there just isn't the room for a mass-market keyboard phone, as told by CCS Insight analyst Ben Wood.

"There is little doubt TCL has struggled with BlackBerry-branded devices despite producing some exciting designs," said Wood. "The world has moved on with on-screen keyboards now the de facto standard. Add to that big advances on the security of Android and Apple's strong position in enterprise business and it is hard to have an optimistic outlook."

Janko Mrsic-Vogel, co-founder of Planet Computers, agreed, saying the firm was stuck in the past.

"BlackBerry devices emerged from the American two-way pager environment and with the advent of the smartphone and the democratisation of email by Google's Gmail, their demise was inevitable unless they completely reinvented their devices. Blackberry licensee TCL has not been able to innovate sufficiently to do this," he said.

There's a small hope that another OEM will take on the BlackBerry marque. However, unless that brave firm radically innovates on the form factor, so to attract both nostalgics and those using contemporary phones, it will probably fail. And that's sad because the BlackBerry was – and, to an extent, still is – iconic. ®