Goosey goosey gander, whither shall I wander? Wherever the f*** I want

Geese are a crowd favourite at petting zoos for tot-flattening abilities rivalled only by the goat. This also means they are not to be trifled with, as a small Pennsylvanian town has discovered.

Canada geese have been squatting on a field adjoining a community centre in Palmer Township, Northampton County, chugging White Lightning, smoking weed and hurling insults at the children who would like to play there.

OK, we made that last bit up, but the authorities are concerned about damage caused to the area by the modern dinosaurs eating grass and pooing everywhere.

In a power move that would make Leslie Knope blush, the great minds of small government attempted to repel the invasion with "fake coyotes", local telly news channel WFMZ-TV reports. You can imagine how that went. Have they even watched Jurassic Park?

"The coyotes were completely ineffective," Dan McKinney, director of parks and recreation, told a township meeting on Monday. "Geese were landing on them."

Now they're rolling out the big guns: real coyotes. Well, real dogs. Because if there's something winged in your neighbourhood, who you gonna call? Geese Police!

Palmer Township has top men poring over a contract to bring in a handler and two trained pooches to evict the flying hellbastards daily from March into June at a cost of $300 a week.

"The dogs have a certain look that the geese understand," McKinney said. "They're not playing around."

What terrifying concoction of muscle and bloodlust do the Geese Police employ? Yes, the fearsome border collie! 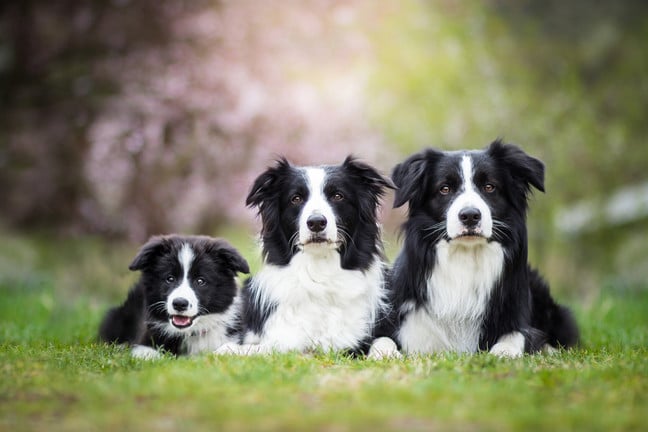 The hope is that the dogs will chase the geese away, keeping them out of the rec's pond too, until they stay away. And June really is the deadline because that's when they molt, according to WFMZ-TV, and are unable to fly.

The Register would remind Palmer Township that Australia, an entire purportedly first-world country, actually lost a war to emus so they should probably consider their field annexed. ®