Samsung and Huawei still in, for now 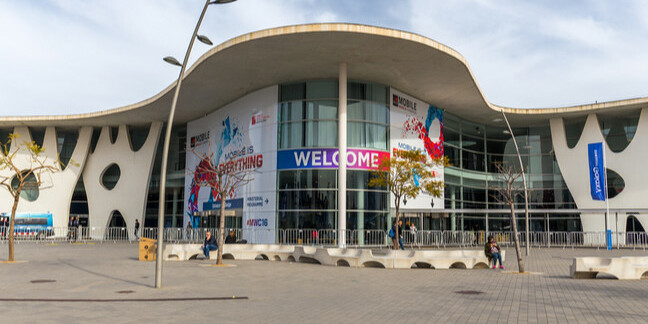 Another day, another bunch of wary vendors have dropped out of MWC over fears of the novel coronavirus. This time it's Nokia, BT, Vodafone and Deutsche Telekom that are withdrawing.

"Nokia has been carefully monitoring the situation following the outbreak of the novel coronavirus, with the goal of making a fact-based decision related to our attendance at Mobile World Congress in 2020," it said.

"The conclusion of that process is that we believe the prudent decision is to cancel our participation at Mobile World Congress."

Nokia's withdrawal coincides with a similar announcement from HMD Global, which produces Nokia-branded Android phones under licence. In a statement, HMD said it was also pulling out over an abundance of caution.

"MWC Barcelona has always been a key event in our annual calendar and we were very excited to showcase our new products... However, the health and safety of our employees, customers, and stakeholders is our highest priority," it said.

In recent days, the number of vendors dropping out of MWC, which attracts over 100,000 attendees each year, has snowballed.

On the carrier front, BT, AT&T, and Sprint have all pulled out. A statement issued by BT stated:

After careful discussions and planning, BT has decided that we will not attend GSMA Mobile World Congress Barcelona 2020. We value our participation in important industry groups like GSMA and deeply respect the steps they have already taken to protect attendees. Unfortunately, the most responsible decision is to withdraw our participation from the event to safeguard our employees and customers.

Another loss is AppsFlyer, a player in the mobile app analytics space. In a statement it confirmed to The Reg: "Following rising concerns over the spread of the coronavirus, AppsFlyer, the global leader in attribution, has made the difficult decision to withdraw from Mobile World Congress. As a people obsessed company, it is our responsibility to see [to] our people first.”

As for Deutsche Telekom AG it too has "decided not to participate in the MWC this year. This wasn't an easy decision for us. But the health of our employees and of everyone who is our guest at MWC comes first. The MWC is a great fair. And we are already looking forward to the next MWC."

Similarly, Vodafone confirmed it has hit the MWC ejectors button. It stated: "While the potential risk is hard to quantify accurately at this stage, we have taken this decision because we place the upmost importance in the safety and wellbeing of our employees, customers and partners.

"We look forward to attending the next Mobile Word Congress."

Oh and for those who care, Facebook last night admitted it will no longer participate in MWC either.

Vendors that have pulled out (in alphabetical order)

Big names that are still in (for now)

"Out of an abundance of caution, Facebook employees won't be attending this year's Mobile World Congress due to the evolving public health risks related to coronavirus. We will continue to collaborate with the GSMA and our partners and thank them for their efforts," a Facebook company spokesperson told The Reg.

At this point, it feels like the writing is on the wall for MWC. It's hard to imagine how it would take place with vendors and journos all shying away. Even if it does go ahead, it'll likely end up looking like some form of post-apocalyptic trade show, replete with empty booths and lonely delegates shuffling along while wearing protective breathing apparatuses.

There is talk that the GSMA is considering whether to pull the plug, as detailed here by Wired, which is claiming the event organiser is lobbying the Spanish government to declare a health emergency that will mean it can claim insurance after its cancellation.

The Register asked for confirmation on this point, only to be told the GSMA "don't comment on internal meetings."

One road-block preventing the GSMA from calling it quits is the financial cost of doing so. To soften the blow, the association is reportedly in negotiations with the Catalan government to declare a health emergency, which would permit it to claim against its insurance for its costs.

If the Catalan government is unyielding, it may be forced to run the event, even with a dramatically curtailed attendee list. ®

It just wasn't meant toupee: Bloke nicked at Barcelona Airport with €30k of blow under wig

Wow, Barcelona really has a problem with tech disruptors. Watch out Airbnb

Another pillar of the 'sharing economy' in the city's crosshairs

Column I'll miss the MWC muggers, not the marketeers