The Motorola Razr is back and while the 2000s stalwart had a reputation for toughness, you'll probably want to be careful with the refreshed version. A recent teardown from the T3-wielding terrors at iFixit has proven it to be nigh-on impossible to repair.

Oh dear. So what seems to be the problem? For starters, even the most trivial amount of maintenance – like replacing the battery – requires the device to be completely disassembled. And if you break your charging port, tough luck; it's soldered directly onto the motherboard.

Compounding woes are the outer covers, which are glued stubbornly to the phone. Removing that requires you melt the adhesive with a specialist tool – like the iOpener, or a hair dryer if you're cheap. 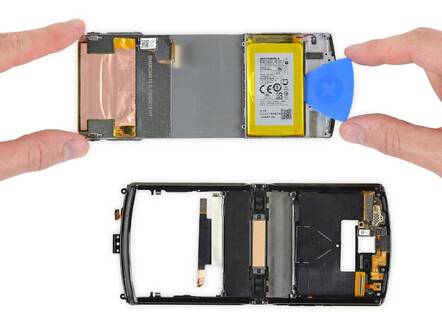 Predictably, iFixit gave the Motorola Razr a dismal score of one out of a possible 10. Ouch.

That said, it's early days for foldable phones. It's entirely possible that the manufacturing and design technology simply isn't there to combine flexibility and repairability. Still, it's something worth considering, given that it'll cost you about £100 each month on contract.

Moving parts are inevitably more fault-prone than something that's solid state, and if you buy a Motorola Razr, there's a higher chance that you'll have to repair or service the device at some point. And that's without mentioning the fact that some users have reported the Razr's hinge makes the same noise as my nan's knees. ®