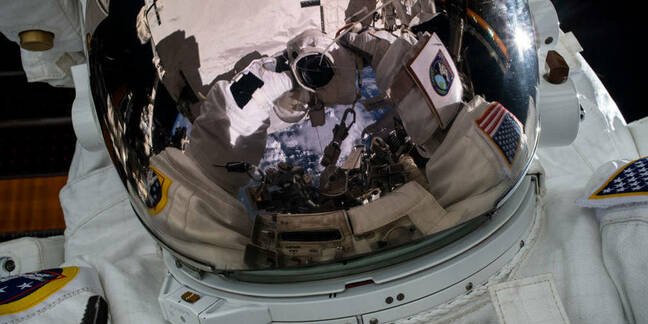 You knew this day would come, and hopefully you’ve made some smart choices along the way, because it is time to apply to become an astronaut. Yes, a real-life astronaut.

NASA has announced this week it is hiring and it wants people to explore the Moon and Mars. If that’s you there's just a month to get everything in order as the application launch window is March 2-31.

NASA already has 48 astronauts on the books but it wants more and there is a good chance you might qualify. We’re serious. NASA has dropped a lot of frankly unnecessary requirements, opening the way for dedicated adventurers and explorers to get their dream job.

To our eyes, that is going to put quite a few Reg readers in the eligibility box and so we would like to strongly encourage you to apply.

As to what you’d be doing…

“After completing training, the new astronauts could launch on American rockets and spacecraft developed for NASA’s Commercial Crew Program to live and work aboard the International Space Station, 250 miles above Earth, where they will take part in experiments that benefit life at home and prepare us for more distant exploration.

“They may also launch on NASA’s powerful new Space Launch System rocket and Orion spacecraft, docking the spacecraft at the Gateway in lunar orbit before taking a new human landing system to the Moon’s surface. After returning humans to the Moon in 2024, NASA plans to establish sustainable lunar exploration by 2028. Gaining new experiences on and around the Moon will prepare NASA to send the first humans to Mars in the mid-2030s.”