The Reg talks to Carolyn Porco, Garry Hunt, Alan Stern about the picture that almost wasn't

The next family portrait

The hugely successful Cassini mission ended with the probe plunging into Saturn and though the Voyager probes continue on their trajectories, their cameras have long since been shut down.

The next opportunity could come from the New Horizons probe, which was launched in 2006 and has since performed a flyby of Pluto in 2016 and a Kuiper Belt Object (486958 Arrokoth) in 2019.

There was potential for Voyager 1 to fly past Pluto, but the lure of the Saturn moon Titan and its thick atmosphere proved too tempting, and it would be over a quarter of a century after the probe's cameras captured the Pale Blue Dot image before the New Horizons mission could declare Pluto something other than "not yet explored."

Dr Alan Stern, principal investigator of the New Horizons mission, was already involved in the concept of an adventure to Pluto when Voyager took its final look at the Solar System, but recalled the excitement of those "family portrait" images sent back by the remote spacecraft. He told us: "It was both an emotionally moving image for all of us here on that Pale Blue Dot to see how far away and insignificant the Earth is from the standpoint of Voyager, out beyond Neptune.

"But it was also an epochal moment in which our species, which is the only species on the planet to develop spaceflight, actually travelled far enough from our cradle, the Earth, to look back on all of the planets known in antiquity."

He added that Pluto, of course, was one of the planets not in the image, before describing Voyager's final imaging act as "a watershed moment in humanity. A kind of metaphorical equivalent of first circumnavigating our globe as Magellan did."

As for having New Horizons turn its imaging systems back toward Earth, "it's something that we would like to do," said Stern. However, the risks associated with the observation means that it would come once the imaging portion of the mission is complete, and the New Horizons team is hopeful of finding a further Kuiper Belt Object to peer at.

"The issue for us is that obtaining such an image could very likely burn out our main imager, not the one that we would take the image with, which is our colour camera, but it could burn out our LORRI [Long Range Reconnaissance Imager] camera, which is our high-resolution imager and we have no way, if we pointed at the Sun, to prevent damage." 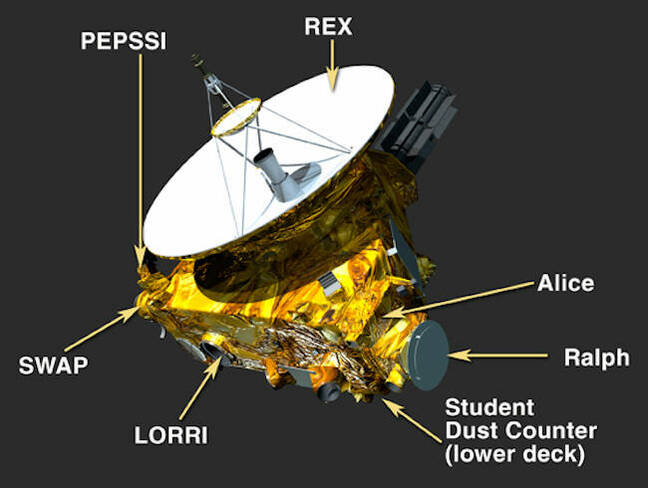 And while there are two Voyager probes, there is only one New Horizons spacecraft.

So though another family portrait is on the cards, it is "probably the middle or the later part of this decade", according to Stern. After all, the search for another flyby target aside, New Horizons is still transmitting the data captured during the 486958 Arrokoth encounter, and will continue to do so well into 2021.

Like the Voyager probes before it, New Horizons will eventually be constrained by its dwindling power supply. "We can operate those cameras into the 2030s," said Stern, adding that the team had a power management plan to get them past 2035 and into the late 2030s. "As we go farther and farther," he predicted, "we will find new power-saving measures that can extend the mission further."

So for now, at least, Voyager 1's Solar System family portrait will remain unique, likely past the point when the veteran probe's power supply finally gives out.

"To me," said Porco, "Voyager is the Apollo 11 of robotic planetary exploration."

With the achievements of the spacecraft and the team that ran, and still run them, sometimes overshadowed by the antics of moonwalking astronauts, we'd have to agree.

There is a wealth of information online regarding the Voyager project, although the book NASA's Voyager Missions by Ben Evans with David M Harland was particularly useful. Carl Sagan's Pale Blue Dot book was an excellent resource. Chasing New Horizons by Alan Stern and David Grinspoon on the mission to Pluto is also recommended, not least for the insight into the challenges of navigating the byzantine world of project approval and running a mission with such lengthy communication lags.

The Farthest is one of many documentaries available about the Voyager project and is well worth a watch, with the scientists and engineers involved, including Dr Carolyn Porco, giving insights and, by the end, discussing the Pale Blue Dot image.

Dr Porco also directed us to a recording of "A Celebration of Carl Sagan", marking the official opening of the Seth MacFarlane Collection of the Carl Sagan and Ann Druyan Archive at the Library of Congress, which gives a further insight into Sagan himself and his work, as well as the unveiling of the "Day the Earth Smiled" image. ®

NASA has released a reprocessed version of the Pale Blue Dot, but we rather like the original. Just like listening to our increasingly elderly vinyl. As for the headline, the quote is from a reflection on the image by Carl Sagan in his book of the same name.