Can AI-enhanced virtual sports presenters do the job? It's a big ask

Something for the Weekend, Sir? Call me paranoid, call me suspicious, call me an ambulance [slaps thigh], but I'm not sure I'm seeing things in the way I'm supposed to.

Call me Neo, call me Ishmael, call me (call me) oh my love when you're ready we can share the wine, but I get the feeling things don't quite make sense. I need help.

Help me with this, for example. An online estate agent, conducting a quick poll about "smart" home products for 2020, found that at top of the most-wanted list with 71 per cent was a "smart thermostat."

Now this is where reality and my perception of it take a fork in the road. Surely, I thought, a "smart thermostat" is, well, what we used to call... a "thermostat." You set a desired temperature, and one or more periods during which it should be active, and the thermostat determines – all by itself! – when the heating should come on or switch off. Individual radiators can be fitted with their own thermostats to fine-tune and regularise the temperature in different rooms. Smart!

A manufacturer put me right this week. Apparently what makes a smart thermostat "smart" is a combination of internet connectivity and a cool glowing logo on the box. With a smart thermostat, I can adjust its settings remotely using an app. Ooh and that logo. Hmm, glowy.

So... "Smart" here means being able to control a device remotely… that is, what we used to call "remote control."

I still remember at the end of the 1970s when my dad bought our first colour TV with a remote control. We thought it was amazing to be able to change channel and adjust the volume without having to walk over to the set to push and rotate gigantic knurled cylinder buttons.

Now, of course, I realise that by having a remote control, it was the world's first "smart" television.

Sure, it was very rudimentary and inefficient back then, relying on a direct interface between a cheap plastic dedicated handset and the TV via infrared. In the more enlightened current era, of course, we'd use an app on a £700 smartphone to send TV commands to a Wi-Fi router in another room, thence to a data repository in California where your choices are recorded in perpetuity and sold to sleazy spammers, before being relayed back across the North American continent and the Atlantic eventually to the TV six feet in front of you in your bedsit.

I've just read that a similarly modern approach to "smart" tech is to be extended to TV sports reporting.

Once again, something about that doesn't sit right in my head. I mean, the world of sport isn't exactly celebrated for its smartness, whether in the discourse of pundits or the exposition of supporters. "We're great! You suck!"

The idea isn't new, of course: some Chinese media outlets have been experimenting with artificial video presenters for a while already, and no doubt some of you remember wonky virtual newsreader Ananova – with derision, affection or lust, depending upon your mental age during the early 2000s.

I've written about so-called AI sports reporting before and I can assure you it works. Instead of waiting for a human to write down who scored the goals, point out dodgy referee decisions and quote the managers' reaction after the game, this stuff can be jotted into a database in real time as the events happen, then a report churned out instantly soon after the final whistle.

Obviously this is not artificial intelligence at all but a mailmerge-like system of templated content. The same goes for the data gathering in the Reuters-Synthesia project, but AI is involved in the seamless knitting together of digital visuals and voice with clever face-mapping.

Unlike Ananova, the sports anchorman is based on video capture of an actual human rather than a VR cartoon. Somehow, Reuters persuaded its global sports editor Ossian Shine to help advance the date of his own redundancy by being the video-captured human in question. 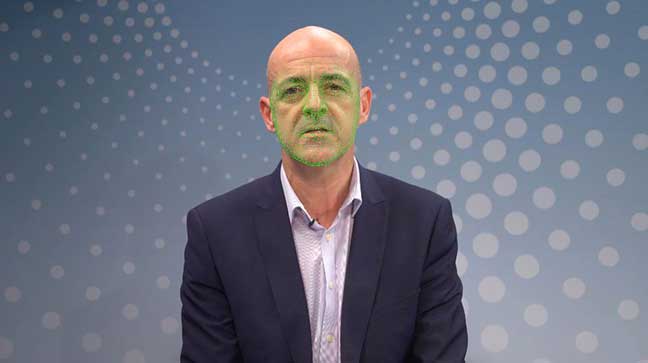 Once digitised and artificially intelligented, virtual Ossy can report from anywhere, a green screen putting him pitch-side, pool-side or next to the finishing tape as required. No doubt that shaven head will help enormously with keying.

Is it that AI-endowed VR has matured enough to be accepted by the general public? The fact that mobile gamers spent $900m on Pokémon GO last year, bringing the total since 2016 to some $3.1bn, might suggest so.

Heck, that's another thing I can't get my head around. Pokémon GO is a game for children yet most of its players are adults… who've just spent $3.1bn on asserting their infantilism. Have your fun, sure, but $3.1bn? I can't make sense of it.

No, it's not a matter of VR acceptance so much as low-hanging fruit: all these AI reporters so far, written and video-based, work in sports reporting and punditry.

Reuters may be an exception but most other sports journalism is notorious for repetition and cliché. Persuading a video-captured, facially mapped sports reporter to spout blah about a "scorching goal" by a player who has "found form" and "slammed it" despite it being a "big ask" isn't so difficult once you've nailed the lip-sync. You can then get it to repeat the same tedious bollocks again and again throughout the day – just like the real thing.

Hopefully Reuters has better things than this planned for virtual Ossy. Me, I can envisage BBC's post-Lineker Match of the Day studio being populated entirely by virtual presenters reciting clichés, faking in-depth knowledge and generally talking arse to each other. Who'd know the difference?

Expect a virtual TV presenter to take over your screens sooner than you thought. How soon? About 20 minutes into the future should do the trick.

Ananova Dabbs is a freelance technology tart, juggling tech journalism, training and digital publishing. He feels that quality sports writing is due a renaissance, similar to the one that began several years ago in the field of restaurant reviews. At the moment, sports reporting still sounds like it was written by characters in Viz's Billy The Fish. @alidabbs