Google's Chrome 81 is now in beta, bringing Web NFC support to the browser and extensions to the WebXR implementation to enable Augmented Reality (AR).

The purpose of NFC (near-field communication) is to transmit small amounts of data wirelessly, usually by tapping a mobile device against an NFC tag. Web NFC enables browser applications to read and write to NFC tags. There is a full description here. Example applications are for badge scanning, reading web URLs, inventory management, and configuration data.

Web NFC in Chrome 81 is a preview that is covered by an Origin Trial, meaning that developers have to sign up for a token in order to use the feature in their web applications. This also means that you will find the feature enabled on some sites, even if you have not enabled the feature globally by changing the setting in Chrome.

Web NFC is part of Google's capabilities project, which states that "web apps should be able to do anything native apps can". This makes sense if you want to extend the features of applications in Chrome or in the browser-oriented Chrome OS.

Chrome 81 is also extending the WebXR implementation. The WebXR Device API now supports Augmented Reality (AR), and there is support for the WebXR Hit Test API, which lets you place virtual objects on camera views.

New support for tracking position state in media sessions will enable browsers to show media controls that include the position and the ability to move to a different point in playing media.

Form elements have a tweaked default design in this version of Chrome, a consequence of Microsoft's adoption of the Chromium component for its Edge browser.

Microsoft senior program manager Greg Whitworth said: "This change brings an improved polish to the form controls and helps bring continuity of design and user experience with the rest of the browser. We have been collaborating closely with the Google Chrome design team to strike a balance between our design languages with a modern look and feel that feels at home in a variety of Chromium browsers." Further goals are to offer larger touch targets and better accessibility through clearer focus indicators and support for Windows High Contrast mode. 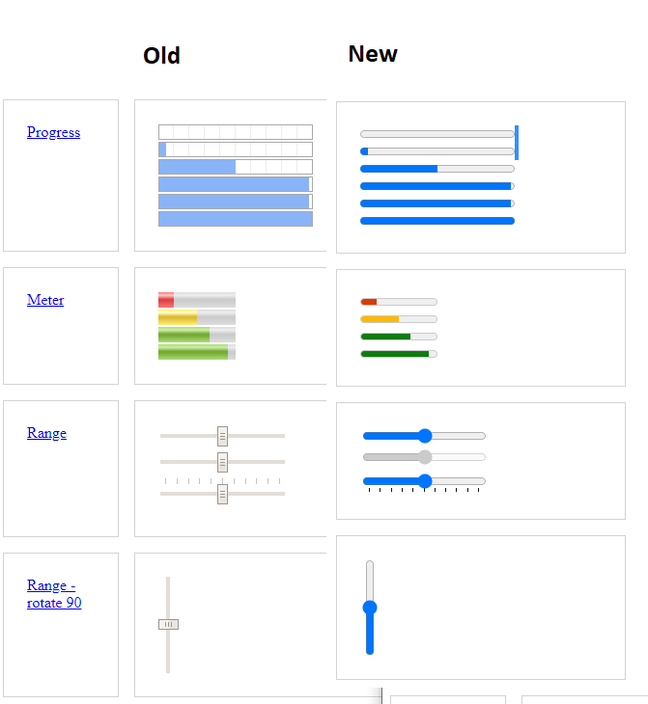 Some of the refreshed form controls in Chromium, showing old and new

There is also an update to the V8 JavaScript engine. Version 8.1 introduces a new API, Intl.DisplayNames, which lets scripts get localised strings for language, region and currency to reduce the download size of applications that display these.

TLS (Transport Layer Security) 1.0 and 1.1 are removed in Chrome 81, in line with previously stated intentions. The reason is insecurities such as weak hashes and attack vulnerability in these protocols. This means websites must support TLS 1.2 or higher in order to work with secure connections.

Chrome has a six-week release cycle so we can expect version 81 to be released towards the end of March. There is a full description of the changes here. ®