The web is 'optimised for Chrome, not for independent browsers'

Interview Mozilla's head of EU public policy, Raegan MacDonald, reckons effective regulation to protect privacy and enable fair competition is an "issue of survival" for Mozilla and other independent companies.

The browser developer approached us in order to comment on the EU's newly announced digital strategy. "We're at the beginning of a new mandate in the EU. There's a new commission, a new parliament, and they're kicking off another five-year timeframe," MacDonald explained.

[Tech giants] have acquired so much power in these verticals... it's a web compatibility issue where the web is optimised no longer on open standards but really optimised for Chrome

"We are quite encouraged because they do seem to be taking quite an ambitious and bold view on how they want to change the status quo. Mozilla agrees with the commission in thinking that the internet today is not what we want it to be, due to the prevalence of online, harmful and illegal content, the fact that these big companies aren't doing enough to address it, issues of the surveillance economy, the centralisation of power in the form of data, the closing and centralisation of markets."

There is a question about whether the EU's well-intentioned efforts can actually succeed in changing the behaviour of the few giant corporations that dominate the internet. GDPR (the General Data Protection Regulation), for example, is well-regarded legislation, but in practice: personal data is still gathered; tracking and personalisation of ads continues whether or not we like it; and aside from a proliferation of consent dialogs on the web – has it made much difference?

"A lot of these issues could be addressed if the GDPR was adequately enforced," said MacDonald. "We were strong proponents of the GDPR because we are a privacy-focused company. We don't feel it has been effectively implemented. We've seen mostly superficial changes. Companies change their terms of service, have a couple of settings that they add, but it is not getting to the core of the issues around the surveillance economy, the prevalence of tracking, and the inability of individuals to protect their personal data online and in other contexts."

It is overly optimistic, then, to think that the EU can fix everything, but "there is a need for smart regulation, to tackle some of these challenges, because we know that companies are not going to do it on their own." 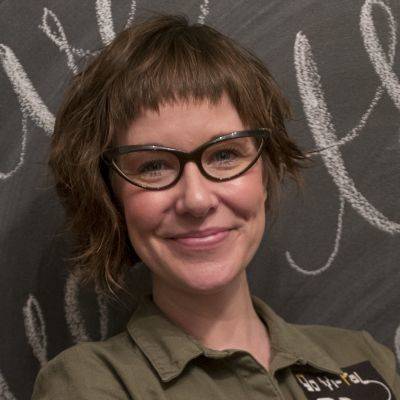 Mozilla itself is an interesting case, though, because it is financed in considerable part by Google (via royalty payments to be the default search service in Firefox in certain countries), which is one of the online platforms whose behaviour the EU is trying to manage, in areas like fair competition for other search providers, or abuse of its dominant position in search to promote its own shopping comparison service. Is that awkward for Mozilla?

"Where do I start?" said MacDonald. "Independent browsers, their typical business model works by shipping a browser with a search engine as the default. That is a licensing agreement that we make with search engines, mostly Google, but also about 11 others in different regions of the world. We have been exploring other business models and streams of revenue, we are aware that this is not the ideal situation, but we are doing our best to figure our how to be an independent browser and thrive.

"Mozilla is not a company that owns an ecosystem; we do not own hardware; we cannot promote or create ourselves as the default in mobile, in iOS, in Android, or on a laptop or desktop.

"The issue we have is an issue of survival because of the market that is increasingly constrained. Our defence of openness and competition is not only for our survival but also for other companies to be able to exist without being one of the five top companies that have all of the data, all of the innovative potential, and acquire any potential rival."

Users are deprived of choice, said MacDonald. "They don't like the creepiness of ads following them around, but there are no other social networks you can go to that offer you any kind of meaningful control or any kind of guarantees around the ethical treatment of your data."

When it comes to downloading an alternative browser (like Mozilla's Firefox), "the companies have acquired so much power in these verticals that they push the consumer away. It's not only the defaults, it's cross-promotion, it's a web compatibility issue where the web is optimised no longer on open standards but really optimised for Chrome. Everything is funnelled through these big companies. And this inhibits individual choice.

"That brings me back to why I'm in Brussels and why Mozilla bothers with this commission and legislation, because we need to think of all possible options to get more privacy and enforcement of the GDPR."

Is this about self-preservation for Mozilla? "It's one and the same," said MacDonald. "Firefox was established in a nonprofit environment, Firefox is the open-source technology we build for the internet and the people that use it. We are staunch defenders of the open web, not only for our survival, but the two are hand in hand. The same principles that would make sure that Mozilla can survive in this environment are the same elements that made the internet such a transformative and dynamic success, which is equal opportunity and low barriers to entry."