The Wristwatch of the Long Now: When your MTBF is two centuries

Column If you've got a grand-and-a-half to splurge on rose-gold pocket tech, here are two contenders. One is a 512GB Apple iPhone 11 Pro Max, which can tell the time and make phone calls. The other is an 1820 Garcerand French repeating pocket watch (see below) with verge escapement and quarter repeater, which tells the time. No phone calls, but otherwise in good condition and working well.

If you wanted to choose one of these two as the best bet to still be working in 2220, though, the Garcerand will probably still be telling the time. Less so the iPhone. In fact, trying to pick any of 2020's crop of technology – not just the luxury end – that'll be a working collectible in 200 years time is extraordinarily difficult. And that matters more than giving the future droid presenters of Antiques Roadshow something to talk about. 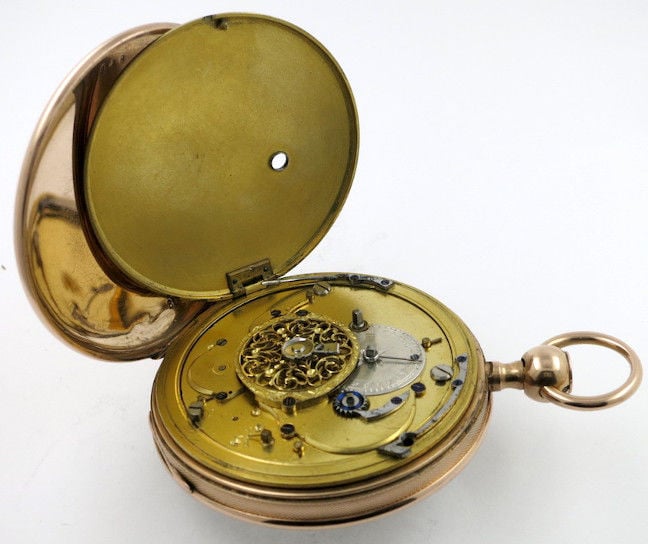 The principles of making tech maintainable and long lived are well rehearsed and valid, and companies that build their business models on obsolescence deserve to be obsolete themselves – may it come quickly. But there's more to designing for the long view than immediate concerns of environment and utility.

There's a hole in a mountain near Van Horn, west Texas, in which a 200ft (61m) tall mechanical clock is being built. Very slowly.

This is the test run for the Clock of the Long Now, a timepiece designed to work for 10,000 years embedded in an even more remote mountain in Nevada. Built out of stainless steel, titanium and ceramics and largely funded by Jeff Bezos, this prototype is the most obvious output of the Long Now Foundation, which has been going since the mid '90s with the intention of instilling new timeframes of thought in a world beset by faster/shorter.

The endeavour is admirable, but already showing signs of how hard it is to think ahead. The foundation's website was also started in the 1990s, hence having Flash but no HTTPS – already straining compatibility with the Browsers of the Right Now. Long-distance vision, it turns out, doesn't obviate the need for maintenance.

Built to last: Time to dispose of the disposable, unrepairable brick

That's why watches from the 1820s still go – and for good money – today, despite not being designed for centuries of use. At the time, they too were using new techniques and materials of unknown durability. But they combined serviceability with long-term value and aesthetic desirability, and you need all three to give a working object permanence.

Planning for the far, far future-ture-ture

I don't want a 10,000-year lifetime for a clock, but I'd like a smartwatch that has a chance of being loved and used when I've been dead for two centuries. How would it be powered? What logic circuits would it use, given that complex SoCs today become unobtainable and irreplaceable after a few years at most? What display has centuries-long MTBF? And what software architecture, let alone communications, will combine beauty, utility, reliability and long-term durability?

We can have all these things, if we design for them and value them enough to pay for them. Modularity with published interfaces in both hardware and software. Attention to detail. Careful selection of the raw materials, again in software and hardware, preferring the non-exotic with long track records and plenty of existing tools and expertise. Room for additions. I don't need a cutting-edge billion-transistor chip in my watch if I can link to one elsewhere, or something in the far future that emulates one, over radio. Future me won't need whatever 2220's version of 5G (*does sums in head* 23G or thereabouts) if there's a snug little compartment left in the case for future me to slip in a 5G-23G converter.

Physics won't change: recreations of the Antikythera mechanism track the heavens and the years as well as the original did more than two millennia ago. Electricity and wireless are basic to the universe and every possible piece of data in it will remain convertible to ones and zeros. Maths won't change. Humans won't change. We can easily predict enough of the medium future to make things that will get there and still be perfectly desirable, perfectly usable present-day objects.

What's the point? As the Long Now Foundation knows, new perspectives on what's valuable and how to maintain it mean we look at our present day choices in new ways. A technology base designed for the long term will find new uses and encourage a sense of custodianship of data, of objects, of things we find beautiful, that can only be more sustainable and valuable. The tech bros and the late-stage capitalists are all about "creating value"; let's see them do it.

We won't stop being rabid consumerists just because there's an expensive smartwatch with pretensions of becoming an heirloom. But we won't start changing if we don't import the ideas such a thing would represent – and the ideas it generates – into our concepts of what we too want to be doing in 200 years' time. ®