UK.gov decision to back out of UPC smacks of ideology over commonsense 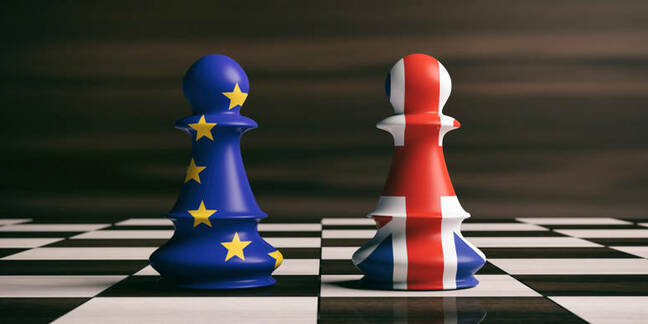 +Comment The UK government will now not join Europe’s new Unified Patent Court (UPC) despite promising only last year that it would.

There has been no official announcement, though an organization focused on the UPC, the European Patent Litigators Association (EPLIT), said in a statement it had “learned that the UK government intends to stop its cooperation towards the creation of the Unified Patent Court” – a decision it calls “a regrettable development.”

Panicked patent lawyers have also extracted a comment confirming the move from the British Cabinet Office, with patent publication Juve Patent, reporting a representative told it: “I can confirm that the UK will not be seeking involvement in the UP/UPC system. Participating in a court that applies EU law and bound by the CJEU [Court of Justice of the European Union] is inconsistent with our aims of becoming an independent self-governing nation.”

The decision sparked dismay among patent lawyers in the UK, especially since London was due to be the location of one of the three main patent courts for dealing with disputes ad cases across Europe. It has also worried Europeans: the UK is of such importance to the European patent market that it was one of three countries deemed essential for the UPC to exist in the first place.

The decision could prove to be the final nail in the coffin for the dream of a single European court for intellectual property issues. It has already been delayed for years, and its future was also in doubt thanks to a long-running review of its legality in front of Germany's constitutional court.

That court is expected to decide this month whether the UPC’s structure and approach is legal, and one of that case’s key arguments is whether the UK’s decision to leave the European Union effectively annulled the whole agreement. Another key argument is the unsuitability of the European Patent Office (EPO) thanks to crazed ego-driven reforms led by its now-former president Benoit Battistelli.

UPC advocates were already struggling to explain how the UK would remain a part of the patent court while not part of Europe, and tended to simply wave at statements made by Blighty's previous Conservative government under Theresa May that the nation would somehow stay in the UPC while not staying in the EU.

The feeling was that someone somewhere would figure out how it was legal. There is also a certain irony that the UK representative who formally ratified the UPC is none other than the man who has now decided to ditch it: Boris Johnson; then foreign secretary, now prime minister.

For a profession that deals with the complex, confusing and often contradictory world of patents, however, many still remain convinced that the UPC will somehow emerge intact.

Trademark lawyer and president of French IP organization CNCPI, Guylène Kiesel Le Cosquer, told Juve Patent: “We have always said that the UPC should be with the UK. But if the UK is no longer willing to cooperate, the remaining European countries must move forward with the construction of the UPC.”

And an anonymous German patent lawyer told the publication: “The remaining states should stick with the UPC. A continental version would also make sense. Whether states such as the UK or Switzerland should then participate in the UPC can be clarified once the uncertain situation caused by Brexit has been resolved.”

All about the money

But UK lawyers are less certain. Not only would the UPC have to find a new location for one of its three main courts but it would also lose one of its main members and a significant source of income. Several nations that could have been part of the UPC decided not to join because it was going to end up costing them money.

And, ultimately, the UPC is about money, rather than efficiency or political unity. Its most fierce advocates are patent lawyers at large legal practices who have been rubbing their hands in glee at the thought of a single European patent court, predicting it would bring in huge amounts of well-paid work.

Companies would only have to challenge or defend a patent once, in a single court, with the UPC in place. As such they are likely to go with a large pan-European firm rather than smaller, more specialist patent firms in different countries. And they will invest more resources in the case making sure they win. That promised payday has kept the UPC’s fans fueled with enthusiasm and confidence over its eventual arrival. But all the signs currently point in the other direction.

In November, British patent lawyer and head of the Unified Patent Court (UPC) Preparatory Committee, Alexander Ramsay, confidently predicted: “It would be realistic to expect the UPC to be operational in early 2021.”

With the UK U-turn, that is never going to happen, and he’s now turned to the legal question of ratification – the UK has already approved the UPC so it can’t just back out, he argues: “There are no provisions in the UPC agreement for the case of a member state that has ratified the agreement to drop out,” he told Juve Patent. “It’s therefore very likely that the UK will have to launch a procedure under the Vienna Convention on the law of treaties.”

This decision by the UK government to back out was foolish and driven more by ideology than commonsense. It didn’t need to make a decision now with the UPC in stasis thanks to the German constitutional court review, and with the Brexit process underway. And it didn’t discuss the issue with the industry either: UK patent lawyers who have spent years working to smooth the UPC’s introduction were left completely blind-sided by the decision.

According to patent professionals, London is also in the worst place it has been for decades to capitalize on the possible demise of the UPC. A highly respected IP judge in the High Court of England and Wales, Henry Carr, died in July, and has not been replaced. And another position opened up in October when Richard Arnold joined the UK Court of Appeal.

Given the slap-dash nature of decisions being made by Boris Johnson’s government, and the fact the position of IP minister has been a revolving door for years, it seems unlikely that those deciding to reverse course on the UPC have any notion, let alone a strategic plan, for what to do with respect to intellectual property in the UK. ®