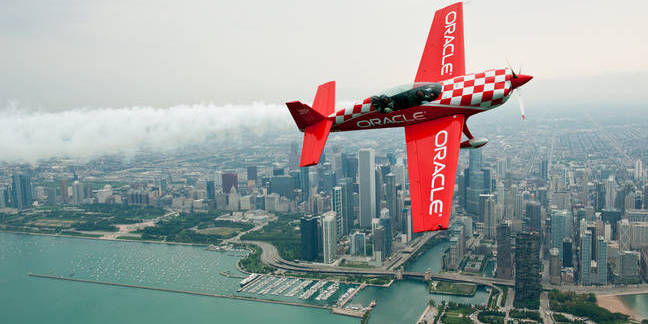 Oracle is reportedly preparing to cut as many as 1,300 jobs across Europe.

Staff at Oracle Ireland were invited to a meeting on Wednesday afternoon where they were informed of the planned cuts, the Irish Times reports.

This is consistent with an unauthenticated memo posted to TheLayoff.com, an online forum for the discussion of job cuts, that indicates Oracle employees were scheduled to be informed of the cutback on Wednesday, March 4.

The memo supposedly comes from Oracle's European Works Council, a group large companies operating in the EU must create – but not necessarily pay attention to – to act as an intermediary between management and workers for employment-related matters. The communique suggests Oracle decided it needed "to adapt the spending of the company to the revenue situation" during the second quarter of Oracle's 2020 fiscal year, which ended on November 30, 2019.

In that quarter, Oracle reported that revenues from its cloud and on-prem licensing groups came to $1.13bn, a decline of seven per cent from $1.22bn in Q2 of fiscal 2019. A month earlier, Don Johnson, exec veep for Oracle's cloud biz, was talking about aggressive hiring.

The Register asked Oracle whether anyone would confirm the job cut report or clarify matters. An Oracle spokesperson declined to comment. The Dublin-based Irish Times, meanwhile, extracted a statement from an unnamed company spokesperson that said something about balancing resources and restructuring teams as the company's cloud business grows.

Oracle is, right now, fighting a lawsuit from investors who contend that its cloud business growth has come from pressuring on-premises customers to sign up for short-term cloud service contracts they neither want nor need. The IT titan maintains the lawsuit is meritless.

Oracle cut US jobs a year ago, a reduction estimated to have been as high as 10 per cent of the company's workforce.

According to Macrotrends, which relies on data from Zacks Investment Research, Oracle's overall headcount peaked after years of growth in 2017 at 138,000 and declined by 1,000 in both 2018 and 2019.

At the time this article was filed, a reply to the posted memo claims Oracle has asked TheLayoff.com to remove details in the post about the specific business groups affected. ®