Disk stuck in the drive? Don't dilly-Dali – get IT on the case! 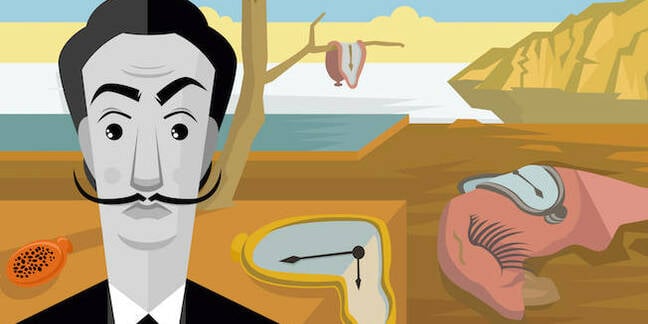 On Call Welcome to an art-infused instalment of On Call, where Spanish surrealism runs headlong into the grim reality of a 1990s UK travel agency, and it is up to a Register reader to save the day.

Named "Dave" by the increasingly unimaginative Reg-onymiser, our hero was working as frontline technical support for a local college. The college featured a small travel agent, this being before online bookings did for a large chunk of the breed, with the aim of giving students some real-world experience of the travel industry.

"Things like booking train tickets, rooms in hotels and reservations etc," said Dave. "It was a real Heath Robinson setup with three PCs hooked up to 56k modems to do the heavy lifting of the online bookings." There was also a makeshift network: "Each PC had two 10Mbit/s Ethernet cards all connected using cross-over cables," remembered Dave.

However, it wasn't the network that caused the call. A panicked message came through to Dave that one of the PCs – the "acting server" – would not turn on. To make things all the more frantic, the principal needed to pay a visit to China to persuade some high-paying overseas students that Blighty was the place to study.

It appeared that a floppy disk was stuck in the drive from the night before, but nobody could remove it and so the poor thing was unable to boot. A common enough occurrence – those of us who used 3.5-inch disks in the past will all have experienced the metal flap catching somewhere within the machinery and being ripped off by an overenthusiastic tug.

"This was not the case," said Dave. Apparently the disk remained in-situ, so surely it was just a case of using a tool to extract the thing, right?

"With my forceps in one hand and a piping hot coffee in the other I approached the distraught Travel Shop staff feeling like a hero knowing this was going to be A) An easy fix and B) Possibly get me a free holiday.

As he approached the stricken PC, he noticed it looked a bit... odd. 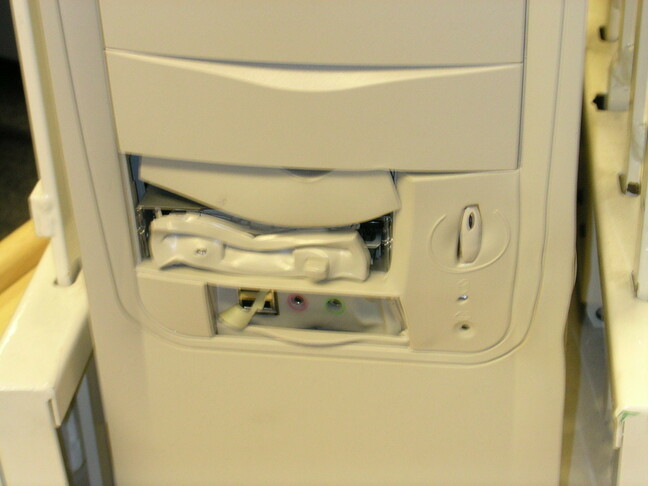 "The entire front of the case (which was plastic) seemed to have suffered a major stroke and was all droopy and seemingly melted! WTF?"

WTF indeed. A PSU fire or a frying component on the board would have turned the PC into a mini-inferno. But this beige box just looked a bit like an ice cream that had spent a tad too long in a toddler's hand.

"The floppy drive front was also droopy, almost grinning at me, and the blanking plate above it, power switch and well, just everything had gone all Salvador Dali. The floppy disk? Completely melted into the drive!

"As I stood utterly bemused by this nightmarish PC-based version of 'Persistence of Memory' it suddenly dawned on me that my long forceps would not cut the mustard this time round."

Dave removed the back of the box and, rather than the burnt mess he had expected to see, found everything in order, bar the usual build-up of carpet crud sucked into the innards over the years. RAM, CPU, drives – all in order. In fact, by simply removing the melted front and hideously drooping disc drive, the PC booted up with no issue, doubtless earning him the hero status he craved.

It wasn't until the last member of staff arrived that Dave realised what had happened.

As is so often the case in the UK, it had been a rainy morning. The member of staff in question had understandably changed her shoes. The soggy footwear was then dumped on the floor, coincidentally in front of the PC.

The staffer had then pulled a fan heater from her drawer, directed it at her shoes "and proceeded to put it on high heat (just like she had done the day before)".

"I've had plenty of 'have you tried switching it on' moments," Dave told us, "but this one took the biscuit."

What new and exciting ways have your customers found to break devices? Ever discovered the most mysterious of faults had the simplest of solutions? You know you have, and you know the thing to is to share it with an email to On Call. ®