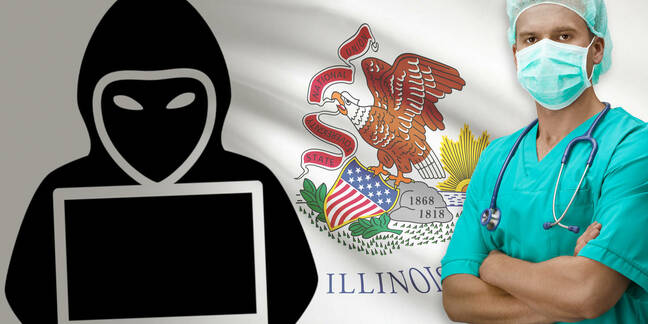 As the world tackles the COVID-19 coronavirus pandemic, ransomware creeps have knocked offline a public health agency's website that served nearly a quarter of a million people in the US.

The Champaign Urbana Public Health District (CHUPD) in Illinois, covering 210,000 folks, including the state's biggest university, said today it has had to set up an alternate website as it deals with a ransomware infection that took down its primary site. "We are working to get our website up and running," the district said in a post to a Facebook page that has now become its preferred outlet.

A spokesperson for the district also confirmed an earlier report from Mother Jones that the outage, which began Tuesday morning, was caused by a ransomware infection rather than a crush of traffic. "CUPHD can confirm that our system was attacked by a ransomware virus [called] Netwalker," El Reg was told.

At the time of writing, the district's alternate website was operational and displaying some basic contact information about the deadly coronavirus outbreak. The organization's Facebook page remains active with advice on how to prevent and report further infection.

The Urbana-Champaign area in particular will be affected by the outbreak as the area is home to the University of Illinois, which brings in students from all over. The school, currently on its Spring Break, said yesterday that when classes resume, they will do so online.

The horrible timing of the ransomware attack – right as people turn to state officials for advice and information on a biological virus outbreak – is likely a coincidence, as ransomware infections have for months been spreading on various local government networks.

Ransomware masterminds in particular have found local governments to be easy prey due low IT staffing and a lack of basic security protections. Places as sparsely populated as Nunavut, Canada and as large as Baltimore, Maryland have had to deal with ransomware hijackings that shut down critical city services. ®