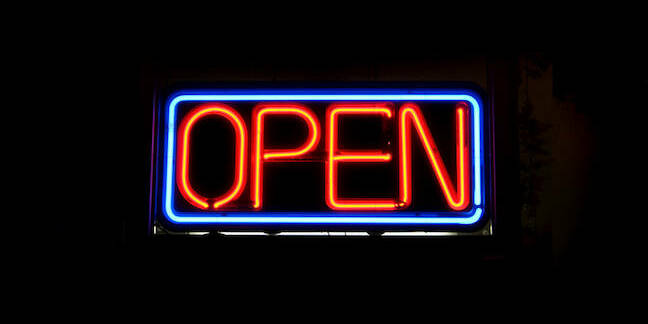 In a rare bit of positive COVID-19 news, Apple has reopened all of its 42 retail outlets in Mainland China.

The fruity firm was forced to lower the shutters last month as the Middle Kingdom entered a nationwide quarantine that drastically restricted economic activity, in an effort to slow the movement of the virus that has claimed the lives of nearly 5,000 people to date.

China is the third biggest market for Apple after the US and Europe. According to its 2019 SEC filing (PDF), Apple generated $43.7bn in revenue from China – or 16.7 per cent of its total revenue.

This is a huge sum of money, although Chinese sales were down compared to the 2018 financial year, likely due to a combination of Donald Trump's trade war, and competition from domestic foes like Huawei and BBK Electronics.

Apple recently cited the closure of its Chinese retail arm in its decision to withdraw previous revenue forecasts. Apple had provided an unusually wide revenue guidance of between $63bn and $67bn for the quarter amid worries the novel coronavirus, now formally known as COVID-19, would affect production by its contract manufacturers's China factories.

Unfortunately, Apple faces the same problems elsewhere. It recently had to close all 17 of its Italian stores as the country enacts drastic actions to stem the flow of new COVID-19 cases.

Speaking of people keeping away from Italy's shops, and without mentioning Apple's achingly hip and achingly stupid looking AirPods, analyst Context said yesterday demand in the country driven by stay-at-home trends has helped to drive a 362 per cent year-on-year revenue growth in February for everyone making headsets, headphones and microphones. It noted that for the week beginning 24 February the year-on-year increase in the country was 49.8 per cent.

The latest sitrep report from the WHO (PDF) yesterday pegged China's COVID-19 infections at 80,981, with just 26 new cases confirmed – down from 31 the day before, and 45 on Tuesday. Outside of China, the rate of infection is still on the increase. ®