Where's the Wichita Lineman when you need him?

Bork!Bork!Bork! The Reg skips lightly across the Atlantic to bring you premium Bork, fresh from the US of A in The Register's mercifully occasional series of computers behaving badly.

Today's example of the breed was spotted by Register reader Josh while rolling along a highway near the Kansas city of Wichita.

Normally exciting motorists with the promise of a Wendy's at the next exit, or the latest tawdry televisual treat awaiting weary travellers that evening, the digital billboard looks a tad poorly. 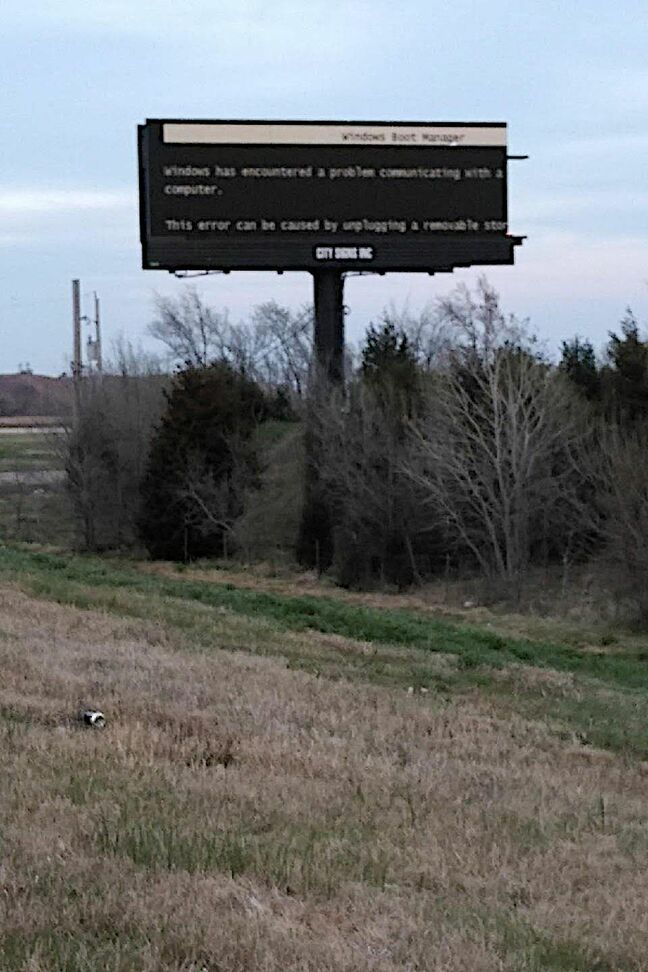 If we're not mistaken, that's the Windows Boot Manager (hinting at Windows 7, 8 and above) and while many would agree that Windows frequently has difficulty communicating with a computer, the truncated error looks to us to be a problem with a storage device.

Still, it's nice to see that problem being shared with drivers.

Songster Glen Campbell crooned about a Wichita Lineman some 50 years ago, although an updated "Wichita Borkman" is sadly unlikely owing to Campbell being dead and all that.

Also, we suspect having the song interrupted midway by a Windows stop sound might spoil the mood somewhat.

Seen something borking in the wire? Another overload where it doesn't belong? Take a snapshot and send it in. ®