Caution - Windows Insider builds may bork your PCs (just like ours) 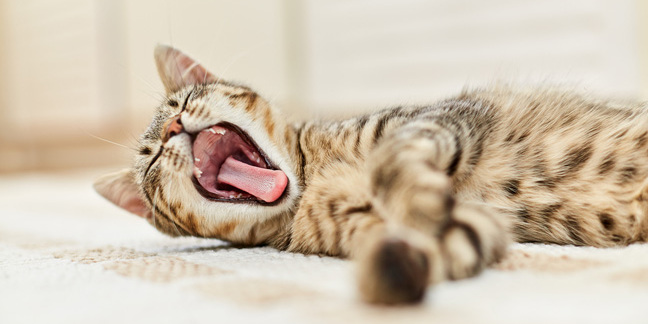 Microsoft celebrated its Teams success with a fresh build of Windows 10 that was so light on features that chief product officer Panos Panay felt the urge to tease on other upcoming toys.

We would have described Build 19587 as a bit of a yawnfest had it (combined with the Office Insider programme) not left this Vulture's sacrificial PC hopelessly borked.

The Fast Ring build seemed innocuous enough. Hardware keyboard volume keys no longer unmute until the volume is raised (or manually unmuted) and the Narrator is a little more friendly when used in the volume flyout and Bluetooth settings.

If a version of Windows bugchecks, but nobody is actually using it, did it really happen?

However, stability has taken a distinct nose-dive (for this hack at least), with Office apps briefly opening before vanishing and the Start Menu flakier than ever.

Of course feedback has been filed, and it is a reminder that - hey - this is preview code after all.

Aside from upsetting this PC, the build included a number of minor fixes, including dealing with the Default Apps page occasionally crashing when defaults are changed.

The known issues list features the usual suspects, including hanging updates, GSODs, a broken corruption process and, despite inflicting new icons on users, the Documents section under privacy continues to enjoy a rectangle as its iconography.

Win+PrtScn for screenshotting also continues to be broken, and for the vanishingly small cadre of Windows on Arm users that run Insider builds, this one is blocked due to a bugcheck.

As a Surface Pro X-using philosopher might say: If a version of Windows bugchecks, but nobody is actually using it, did it really happen?

Still, while Insiders continued to wait for something - anything - more interesting (and this hack prepared to wipe and reinstall) boss Panos Panay teased how things might look in the future with a video celebrating that billion device milestone.

As well as reminding us of happier days from the past, the video shows off a Start Menu with the hated Live Tiles most definitely de-emphasised, a thwacking with the fluent design stick, more thoughtful context menus and a new File Explorer that takes some design cues from Windows 10X.

We rather liked Live Tiles on Windows Phone, but shoving the things in the Start Menu has always seemed an odd choice for something clearly designed for a more tabletty world. Far be it from us to suggest that the wait for the things to be quietly killed is due to wounded pride within the bowels of Redmond.

There is no word when the interfaces changes shown off by Panay might find their way into the hands of users. Hopefully after the mess created by Microsoft's Insider programmes has been scraped off our sacrificial PC. ®