Symantec customers, or rather Broadcom customers these days, were taken offline for a while on Wednesday when the security service's data centers around the planet went down.

The Web Security Service (WSS) platform, acquired when Broadcom hoovered much of Symantec's operations last year, sells web-based site and file scanning for businesses. It is also integrated with some network appliances to provide patches and updates.

Broadcom reported on its status page that WSS facilities across all regions went down for about two hours between 1542 UTC and 1742 today.

Why is this such a problem? Allow Broadcom's own marketing diagram to explain: 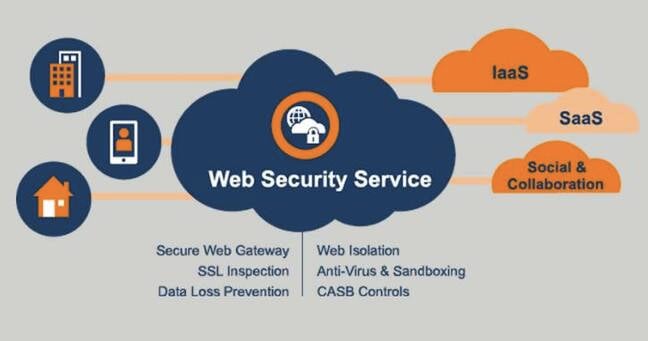 Put a big red X over that middle part, and you have Wednesday's problem

So, yeah, no WSS data centers, no web connectivity for the companies that use it. Symantec's internet filters were down, blocking connections flowing through them.

One admin at a WSS customer, who asked to remain anonymous, confirmed to El Reg that the outage did, indeed, prevent their workers from getting online. "Presumably this will keep things even more secure than normal," our tipster mused.

Fortunately, the downtime was resolved after only a couple of hours, and by 1742 the all-clear was given.

"We have confirmed that all data centers have been restored and customers should no longer be impacted," Broadcom told punters. "We will continue to monitor the data centers to ensure the service is fully restored."

Once all of the data-centers were back online, Broadcom said it was investigating the matter, though it did not say when it may have an explanation for the exact cause of the global fallover.

The Register pinged Broadcom for details on just what went wrong, and will update should we hear back.

It seems that Symantec-related headaches have, unfortunately, become rather routine for Broadcom, post-merger. For weeks now the mega-org has been breaking support forum links, and struggling to deal with disappearing licenses as a result of staff turnover at the combined company. ®

Could you not? BlackByte ransomware slinger twists the knife with data stealer