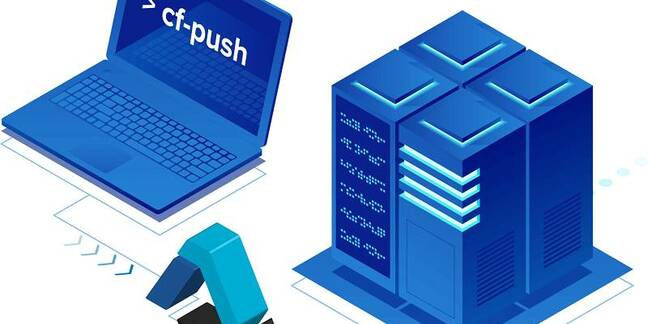 Cloud Foundry, an open-source foundation dedicated to a cloud-oriented application platform, is now incubating the KubeCF project, and has also welcomed Google upgrading its membership to platinum – the highest level.

Google has been a member of Cloud Foundry since January 2017, but platinum membership represents a higher level of commitment. Google's Jennifer Phillips, head of Open Source Programs, is to be on the foundation's board of directors. The other platinum members are Dell EMC, IBM, SAP, SUSE and VMware.

Google's move is all about Kubernetes (K8s), which is strategic to the company since it is core to its cloud computing platform. Cloud Foundry has been engaged for the last few years in efforts to migrate its platform to K8s, a work in progress which will now "continue full steam ahead with Google's support", according to the announcement.

Another piece in the K8s migration is the introduction of KubeCF as an incubating project. KubeCF is "an open-source distribution of Cloud Foundry Application Runtime (CFAR) designed to run on top of K8s," said the announcement. It was developed by SUSE and is part of SUSE's commercial Cloud Application Platform.

What are the implications? "From a technical perspective, the KubeCF project is an upstream community release of the Cloud Foundry platform designed to be deployed and operated on Kubernetes clusters," Cloud Foundry CTO Chip Childers told The Reg. "It is the parallel to what has been the traditional coordinated release that we that we have, CF Deployment. KubeCF is a deployment of that same software, but natively deployed into K8s."

KubeCF builds on other Cloud Foundry projects including Quarks (which also originated with SUSE), a project that packages CFAR into containers and Helm charts for deployment on K8s.

Who else will use KubeCF? The announcement said it will "soon be backing at least two certified commercial releases", though Childers told us that VMware – which uses Cloud Foundry as part of its Tanzu (formerly Pivotal) Application Service – is not using it yet. "They are fairly early on in their process of launching K8s-based Cloud Foundry application runtime," he said.

The migration to K8s is a huge change for Cloud Foundry and during the transition the team has the burden of supporting both the old VM-based approach and the new. Childers said the trend to K8s is unmistakable, though. "It's very clear that K8s is the new version of infrastructure. All past styles of infrastructure, automation, VM-centric, they're going to last for a long time. But most companies, especially Global 2000, Fortune 500, they're all deploying or evaluating K8s."

Childers added that K8s improves the multi-cloud aspect of the Cloud Foundry offering. "It's always been cloud agnostic, but it's taken specific implementation details of the stack in order to deliver that. As the maturity of the K8s offerings by the public cloud vendors increases, it becomes a more viable abstraction. Being able to take the Cloud Foundry developer experience and quickly layer that on top makes it easier to deal with those different clouds. K8s APIs are the same and the artifact that you are moving around is a container so that is inherently more portable."

Deploying CFAR manually is complex, which is why packaging it into automated deployments from a cloud marketplace makes sense. The idea is to enable developers to focus on application code rather than infrastructure details, as Childers explains here. Great when it works, though there are cases when developers have to peer into the black box to fix problems. ®

You'll always need VMs says, surprise, VMware: Run on any cloud you like and get portability

Yep, and two sets of bills