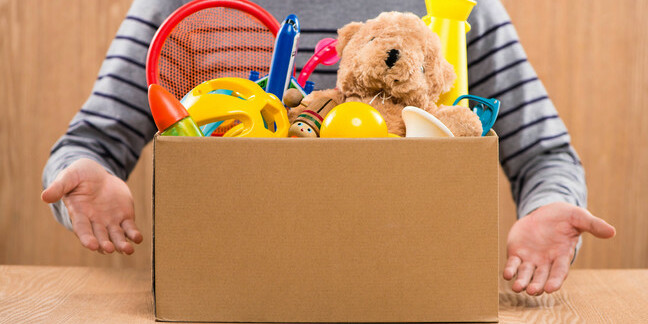 Microsoft has persevered with the quickfire release cadence of the toolbox of stuff that should really be built into Windows 10 in the form of PowerToys 0.16.

After March's hiccup, the 1 April release included four new toys, improvements to existing tools and a bunch of fixes as the suite continued its strides toward version 1.0.

Drawing inspiration from the Windows 95-era PowerToys (if not the OS-destroying potential), the suite already featured a guide to the shortcut keys available in Windows 10, a window manager called FancyZones and the surprisingly useful PowerRename (which can cause some serious damage for those that miss the havoc that something like TweakUI could wreak back in the day).

The new release contains four new tools, as well as squashing more than 100 issues. What it does not do, alas, is auto-update itself. PowerToys fans will have to wait until version 0.17 for that particular delight. Instead, handy File Explorer preview pane viewers for Markdown (.md) and SVG files have been added along with a very useful Image Resizer extension.

After selecting one or more files, the Resizer shows a dialog with a host of sizes as well as encoding and file copy options. It's a neat tool, even if an inveterate tinkerer could achieve something similar through the command line.

The fourth new toy is the Window Walker (aka Product Launcher), which is a more useful version of the Alt-Tab switcher Windows users have become familiar with over the years. Rather than cycle through running applications, a tap of Ctrl and the Windows key brings up a box into which a user can type text to find a running process.

We're not entirely convinced by the searching used by default (for example, typing "word" brings up both the eponymous word processor as well as any other running window that has the letters w, o, r and d in its title, like some sort of demented Seasame Street character) but it's a handy thing for those already used to launching apps by keyboard rather than clicking.

The only PowerToy missing in action remains the Quick Launcher, currently pencilled in for version 0.18, due in May. A final v1.0 release is tentatively scheduled for September, just in time for Microsoft's newly digital Ignite conference. ®