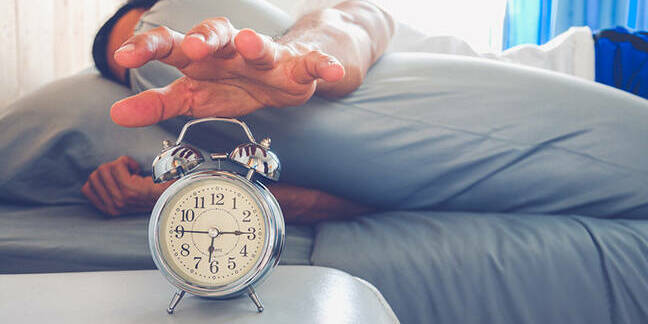 ESA's mission operations centre in Germany has got back to doing interplanetary science after a short stand-down due to COVID-19.

A member of the agency's mission control workforce was diagnosed with the virus but not before coming into contact with approximately 20 colleagues at the Darmstadt site over the course of two days.

Those workers were swiftly quarantined, and the buildings scrubbed, but their sudden disappearance meant challenges for the missions on which they were working: the newly launched Solar Orbiter, ExoMars Trace Gas Orbiter, Cluster and Mars Express.

Rather than risk more people potentially being infected, ESA opted to suspend operations on the spacecraft until the all-clear could be given. The four missions had their science instruments turned off and were left in a safe configuration.

Happily, the infected individual "is thankfully fine, and recovering well", said Paolo Ferri, head of Mission Operations at Darmstadt. Those quarantined did not develop any symptoms, meaning that engineers could start bringing the missions back to their normal state.

At least as normal as operations get for Cluster, now over 20 years into a two-year mission, and the veteran Mars Express spacecraft.

In the shadow of Mars

For Mars Express (MEX) "Safe Mode" could have ended up being anything but, as Operations Manager James Godfrey explained to The Register. MEX is currently in an eclipse season, where its orbit passes through the shadow of Mars and it must rely on its batteries. Normally, MEX would adjust its heaters before and after each eclipse without discharging the batteries too deeply. A prolonged Safe Mode, where those commands weren't available, might have degraded those batteries.

And then, of course, there are the gyros, which are being used sparingly to eke as much life out of them as possible. Safe Mode would bring them all roaring back online, burning through their remaining lifetime in a matter of months.

With an eye on the COVID-19 situation, the team had begun pondering how to deal with this situation from the beginning of March. It eventually came up with a command line that would keep the spacecraft safe (handling eclipses, managing the gyros and so on) for three weeks, although space constraints meant that commands to operate the science instruments had to be dropped in favour of maximising the time MEX could run unattended.

Over the next few days, the emergency plan, starting when the science commands would run out, was sent to the spacecraft. These would keep the spacecraft safe until 18 April even if the spacecraft were left completely unattended

With quarantine over, MEX science operations are due to restart on 11 April with commands for a return to science currently being prepared (and the emergency commands due to be deleted.)

While Godfrey was optimistic that a repeat would not be necessary as ESA ramps up home-working, he added "we will continue to generate plans to 'safe' the spacecraft in parallel to normal science planning." Just in case.

Indeed, much of the agency's staff and contractors are now working from home, with those that must visit the Darmstadt site staying well clear of each other.

Other space agencies have also been affected by pandemic precautions; approximately 75 per cent of NASA's workforce is also working from home as the all the agency's facilities were slapped with Stage 3 or Stage 4 status regarding the response to the COVID-19 virus.

Stage 3, for NASA, means mission-essential personnel only (including those needed to protect schedules) and mandatory telework, while Stage 4 requires the facility to be closed "except to protect life and critical infrastructure".

ESA has a particular challenge coming up in the form of the BepiColombo flyby on 10 April. The European-Japanese probe, launched in October 2018, will swing past Earth at a distance of 12,700km and must be slowed in order to head deeper into the inner solar system.

Virus or no virus, there will be no delaying BepiColombo's visit. ®