Should boffins keep it old-school space-race era – or embrace the, er, future of the 1970s?

Poll NASA has brought back its sleek iconic logo, lovingly named the worm for its curvy red font, in time for its first crewed spaceflight using American rockets in almost a decade.

Jim Bridenstine, the US space agency’s administrator, announced the resurrection of the graphic this week. It has been splashed across one of SpaceX’s Falcon 9 rockets that should carry astronauts Bob Behnken and Dough Hurley, aboard a SpaceX Dragon capsule, to the International Space Station sometime in mid-to-late May.

The worm is back! When the @SpaceX Falcon 9 lifts off carrying @NASA_Astronauts aboard #CrewDragon, it will sport the iconic symbol to mark the return of human spaceflight on American rockets from American soil. More: https://t.co/jQQv5ZcTY0 #TheWormIsBack pic.twitter.com/9Ltk1nMa8j

If all goes to plan, the launch will mark the first time since 2011 American astronauts have headed to space aboard an American rocket lifting off from good ol’ American soil. In the intervening time, the US has gone cap in hand to the Russians for the necessary rocketry. And if all goes well, SpaceX will be officially certified to shuttle crewed spaceflights for NASA, having by that point successfully carried out two demonstrations of its crewed Dragon capsule.

In 1958, designer James Modarelli came up with the iconic "meatball” NASA design, which was formally adopted a year later. 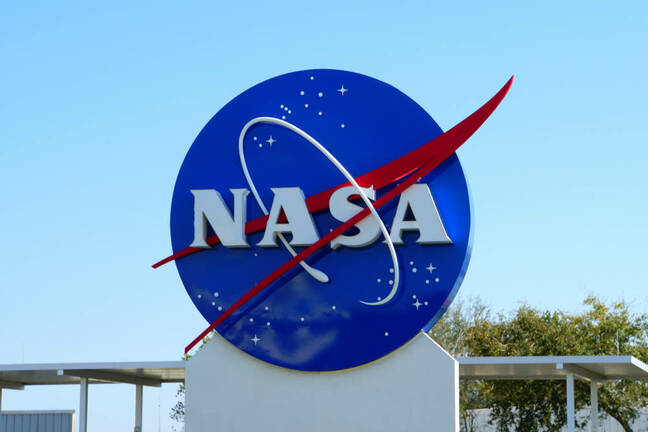 But in 1975, flush with post-Apollo success, NASA commissioned design firm Danne & Blackburn to create the worm, which graced spaceships for another 17 years.

First crew launch in US since 2011 could happen by May, 34 more OneWeb sats, and astros share their top isolation tips

Both the meatball and the worm logos coexisted peacefully until the latter was scrapped. The worm was reduced to being printed on souvenir items and clothing. Now, it’s back, on the side of a SpaceX rocket, after a 28-year hiatus.

“There’s a good chance you’ll see the logo featured in other official ways on this mission and in the future,” NASA said. “The agency is still assessing how and where it will be used, exactly. It seems the worm logo wasn’t really retired. It was just resting up for the next chapter of space exploration.”

If you’re a hardcore meatball fan, don’t worry, it will still be NASA’s signature emblem. What do you think? Vote below... ®