No stethoscope needed – but you don't get to know the results 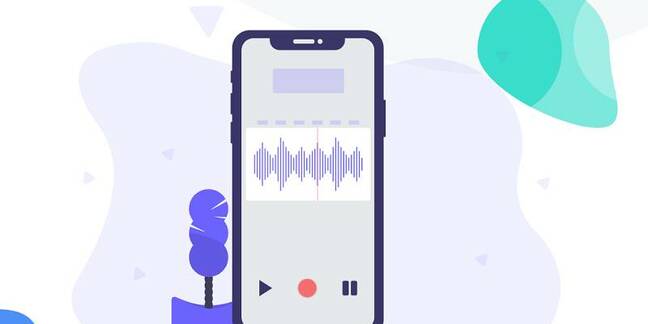 The application for web and mobile collects speaking, breathing and coughing sounds for research

Updated A team at the UK's Cambridge University has created an application to collect the speaking, breathing and coughing sounds of participants in the hope of building predictive models to "contribute to the early diagnosis of COVID-19".

Development has been led by Professor Cecilia Mascolo from the university's Department of Computer Science and Technology, "an expert in mobile health and mobile data analysis", according to her bio, with input on the clinical aspects from professor of respiratory biology Andres Floto, also research director of the Cambridge Centre for Lung Infection at Papworth Hospital. The app is partly funded by the European Research Council.

Mascolo said: "Having spoken to doctors, one of the most common things they have noticed about patients with the virus is the way they catch their breath when they're speaking, as well as a dry cough, and the intervals of their breathing patterns. There are very few large datasets of respiratory sounds, so to make better algorithms that could be used for early detection, we need as many samples from as many participants as we can get. Even if we don't get many positive cases of coronavirus, we could find links with other health conditions."

Predictive models work by collecting large data samples that are already categorised to develop algorithms that can be applied to new samples and make predictions about them.

The app is already online and consists of a questionnaire about your health, including whether or not you have tested positive for COVID-19, along with an invitation to submit three recordings, one of breathing, one of coughing, and one of speaking. The app also records your location – though you cannot type this in, it relies on a geolocation API. Android and iOS versions will be available soon.

You will not learn anything directly from the app. "The app won't offer any medical advice and it only collects data for research," says the privacy policy, which also assures us: "We will not collect identifiers which allow us to identify the user."

Those good intentions are potentially undermined by the use of Google's reCAPTCHA service, used to deter bots from recording their coughs, which means that the app also requires you to agree to Google's privacy policy and Google's terms of service. Needless to say, this policy is not anything specific to reCAPTCHA but the main massive and all-embracing Google affair, and there is no clarity about what happens to the data which it gathers.

Provided you can live with that, the researchers say that they need many participants so maybe it is time to cough up. ®

The team behind the app got in touch to clarify the service's use of reCAPTCHA. Doctorate researcher Dimitris Spathis said: "We use the reCAPTCHA system only to make sure that the website is robust against bots, as you correctly mention. A web application that allows users to upload recordings and similar files is by default vulnerable against various automated attacks.

"However, Google has no access to the data nor is in any way accessing any of the data transmitted. Also, according to the reCAPTCHA Terms of Service, you must explicitly inform visitors about the reCAPTCHA implementation on your site."

Fancy some post-weekend reading? How's this for a potboiler: The source code for UK, Australia's coronavirus contact-tracing apps

Problems aside, no one is sure how useful phone-based tracking will be