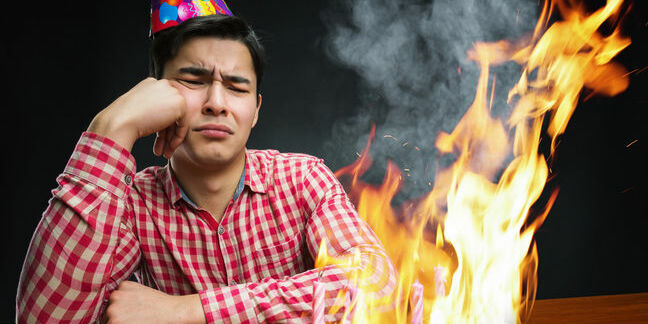 Roundup Got time on your hands and an enterprise running on Microsoft 365? The Windows giant wants to hear from you in this week's quick 'n' dirty rundown of Redmond news.

No new builds and four new bugs for Windows Insiders

The Windows gang opted to skip flinging out a Fast Ring build of Windows 10 last week owing to a mystery "flight-blocking" bug encountered by the actual insiders within Microsoft.

Still, could be worse. At least the previous Fast Ring emission wasn't borked, right? Er, actually it was for some users trying to make video calls with Teams.

Having proudly detailed fixes, such as making the thing work on Arm kit, a week later Microsoft admitted that all was not well with the preview code. It appears that as well as webcams not working properly on Teams calls, the configuration of IIS was being set back to default. Those who worry about the cosmetics may also have noted the battery icon on the lock screen also showing as close to empty regardless of charge and "rendering issues" making taskbar app icons fallback to the default .exe image.

We've seen the latter on our sacrificial Fast Ring installation, although at first thought it was yet another interface overhaul being inflicted on long-suffering insiders.

An update has been promised by the gang this week.

Microsoft made good on its Ignite promise to up the site collections for a single tenant for Sharepoint from 500,000 to 2,000,000 last week as the update began rolling out.

The uptick comes as the company slapped limits elsewhere in its cloud to deal with the surge in demand arising from recent events.

The site collection limit increase is, unsurprisingly, aimed squarely at those transitioning from an on-premises world to the cloud, replete with a vast array of company sites to support.

Skype tries to remain relevant in the Zoom world

Microsoft's messaging platform that isn't Teams touted its "Meet Now" feature as it saw users turning to Zoom for easy-to-use video conferencing. While Zoom requires that at least the host of the meeting has an account, the web version of Skype will allow anyone to kick off a meeting and fling invites without signing up.

An incarnation of Meet Now first turned up last year in a Skype Insider build and has been around for a while. The timing of last week's bleating is therefore interesting, coming as the former darling of audio and video messaging has seen itself leapfrogged by Zoom (security snafus and all) as suddenly housebound users try and keep in touch.

While the Skype gang has been working to fend off internal competition from Teams (with the consumer incarnation surviving the company's recent Microsoft 365 update), it missed the Zoom moment. The current emissions from its social media office are therefore a reminder that it's still a thing. Just.

Got time on your hands? Microsoft has reopened the Cortex preview

Microsoft has opened up a few more spaces in its Project Cortex private preview for the two or three admins who aren't scrabbling to support a sudden surge in remote workers.

The catch is that you have until 8 April if you want to sign up.

Shown off at Ignite last year, Project Cortex is all about grazing the content of an enterprise's Microsoft 365 setup and building a knowledge network based on content, people, topics and relationships with an eye on security and compliance.

The AI-powered product (at the time, the first new service in Office Microsoft 365 since Teams) made for quite the demo, and was expected to be released in the first half of 2020. It has stubbornly remained in private preview.

Those who had previously applied will have their existing application reused, and Microsoft will stir in new applicants when it selects its next lucky batch of customers.

Scrolling into the future with Microsoft Edge

While the new Edge (or just "Edge", as the team would like it called) has not had much of a chance to set the world alight, the Chromium-based browser has crept up to the number two position by some measures when combined with the share of its legacy namesake.

While speedy and generally more compatible than Legacy Edge, Microsoft's latest and greatest has lacked elements from its predecessor that users have missed. The gang has slowly been adding these to the Chromium codebase, with the latest being improvements in scrolling.

In a lengthy blog post, the Edge team explained that some of the apparent smoothness in the Legacy browser was down to the integration with the host operating system; something not possible in the new Chromium world. Instead, the gang has elected to shunt the best bits of old Edge's scrolling into Chromium.

The most notable change is the improvements in smoothness of "fling" scrolling of a page via mousewheel or keyboard, with a new animation curve making things a bit less abrupt. The gang is also changing Chromium's fixed delta (100px per mousewheel tick or 40px per keyboard press) to something computed based on scroller height.

The "quick flick" – where a user made a short and fast flick gesture – is, however, for the chop.

The changes have been enabled in all channels of the new Microsoft Edge.

There were celebrations in Seattle last week (at an appropriate distance and from home) as Microsoft celebrated its 45th birthday. Infamously short for microcomputer software, Microsoft was wrought into being by Bill Gates and the late Paul Allen on 4 April 1975 with Gates as CEO.

The company was initially famed for its BASIC interpreter, but it was MS-DOS (along with a deal to put the software on IBM PCs) that put it on the path to dominance.

It is also 28 years ago, on 6 April, that Microsoft released the first properly useable version of Windows in the form of Windows 3.1 (still wobbling on top of MS-DOS).

Who wants a slice of cake? 🎂

On this day in 1975, Microsoft was born. pic.twitter.com/54dXcp1GOY

And to celebrate? Microsoft's social media tweeted out one of the most unpleasant looking cakes we've seen for some time. Someone unkinder than us might make a cruel comparison to some of the more distressing interface choices inflicted on Windows users over the years. ®