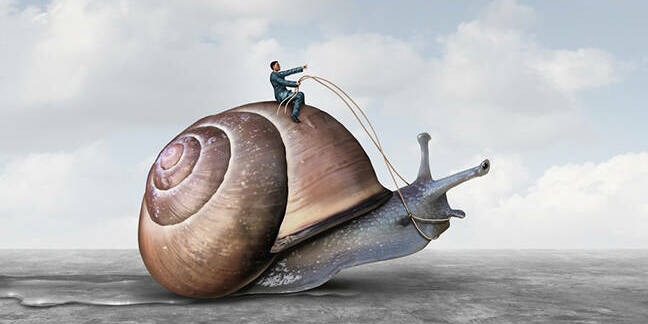 Although most organisations would probably put ERP upgrade plans on ice amid a global pandemic, SAP users are likely to press ahead with existing projects to upgrade to S/4HANA, Americas' SAP Users' Group (ASUG) says.

Following last week's ASUG conference focused on asset management and maintenance, Geoff Scott, boss of ASUG told The Register: "We have maintained all along that if you're an SAP customer who wants to grow and accelerate your business, remove inefficiencies, reduce technical debt and take advantage of the latest capabilities of SAP software, then you need to move to SAP S/4HANA."

Scott said this year's ASUG survey suggests no SAP users are ruling out a move to the new in-memory platform, unlike the 2018 research that showed 12 per cent of SAP customers had no plans to move to S/4HANA.

"That doesn't mean they all will decide to actually adopt SAP S/4HANA — we take it that they're actively making assessments for their next ERP moves, and that they haven't closed the door on SAP S/4HANA entirely. But that demonstrates a high level of customer interest in S/4HANA as part of their long-term plans," Scott said.

The serious economic impact of COVID-19 will, hwoever, undoubtedly alter some plans for upgrades, he said.

"If your S/4 project is in the final stages, you're going to do whatever you can to get it over the finish line. But if you're in the early stages — and depending on what industry you're in and your business prospects — you may hit pause to ensure the timing and resources are where they need to be."

Customers in 'standoff' with SAP over 2025 end of support for Business Suite: Who'll blink first?

In December last year, UK and Ireland SAP users described a "stand-off" with SAP over the ‎€24.7bn revenue enterprise software giant's plans to withdraw support for non-HANA versions of its software in 2025.

In February this year, SAP yielded to customer demand by agreeing to extend standard support for Business Suite 7 applications until 2027 and outlined its "maintenance commitment" for S/4HANA for the next couple of decades.

But the climbdown by SAP should not be taken as a sign to stall migration to S/4HANA, Scott said, the earliest versions of which were first introduced in 2015.

"With the extension now in place, we still believe SAP customers should move forward as far in advance of any deadline as possible. The decision about a company's 'ERP of the future' should not come from an SAP 'pressure point' or be based solely on the merits of a technical upgrade to S/4HANA. It should be about how best to prepare a company's business for the future."

COVID-19 comes at a tricky time for planning major software upgrades – and S/4HANA is as major as they come, with a new data model, database and quite possibly a move to the cloud. Those who have completed — or are well into — the upgrade can argue that up-to-the-minute enterprise data will help them navigate unknown economic terrain. But those yet to start an upgrade might struggle to justify the necessary resources, and find themselves less able to cope with any further disruption and further behind should the economy pick up. ®